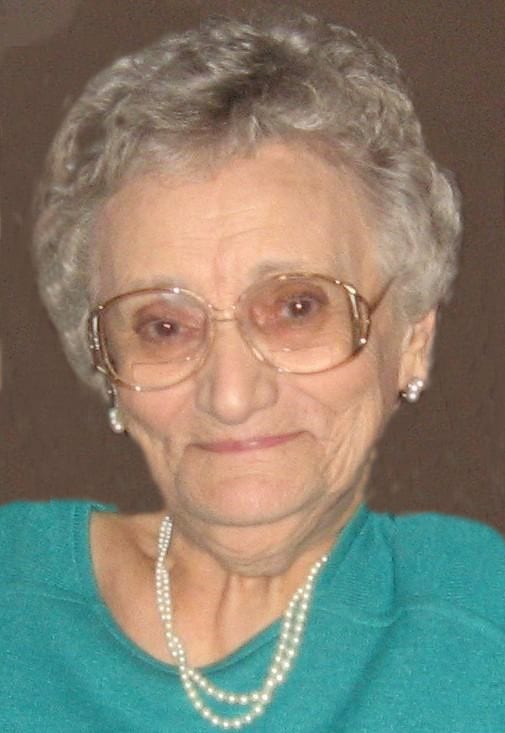 She was born March 11, 1921 in Hamburg, NY, daughter of the late Charles and Emma Schaefer Metzger and step father, Fred Mimkin.

She grew up with her 4 siblings in Hamburg and entered nurses’ training at Meyer Memorial Hospital School of Nursing in Buffalo after completing high school. She graduated as an RN in 1943. She was part of the greatest generation and proudly served in the U.S. Navy during WWII. After the war, she continued her nursing career in VA hospitals, until she married Leslie in 1948 and began her family. They moved to Moundsville in 1953, where she raised her 5 children. She continued her nursing career at Reynolds Memorial Hospital before retiring with 12 years of service.

Having grown up during the Depression, Aggie was strong, resilient and independent. She lived life to its fullest, enjoying family, friends and singing in the choir at St. Francis Church.

In addition to her parents, Agatha was preceded in death by her husband, Leslie W. Jarrett in 1997, sons; Wayne G. Jarrett and Kevin M. Jarrett, a sister; Rita Baranski, and a brother; Charles Metzger.

Friends will be received on Monday, March 14, 2016 from 6-8pm at the Altmeyer Funeral Home, Lutes and Kirby-Vance Chapel, 118 Grant Ave., Moundsville, WV.

Mass of Christian Burial will be celebrated on Tuesday, March 15, 2016 at 11:00am at St. Francis Xavier Catholic Church, 610 Jefferson Ave., Moundsville, WV with Rev. That Son Nguyen as celebrant.

Interment will follow in Greenwood Cemetery, Wheeling, with full military honors from the Moundsville Honor Guard.

Dear Jeff & family,
I was out of town when your mother passed or I would have come. May your faith & cherished memories be a comfort to you. Best to you & yours, Patty (Estep) Wylie

Jeff and Family, I am so sorry to hear of the loss of your Mother. May you find some measure of comfort in the memories you have of her. God bless and keep you in this difficult time.
Sincerely, Glenda Owens

Jeff and Janet,
Our deepest condolences go out to you and your family on the passing of your mother.
By all counts she was an extraordinary and remarkable woman.

To Jeff Jarrett and family,
So sorry to hear of your Mother’s death. Although I didn’t know her, she sounds to have been one of God’s angels. Having lost my Mother this past year, I can understand the feelings and emotions you are experiencing. Blessings to you and your family during this time of morning. Cherish the memories you have of her…Mother’s are so special.

May your memories of Agatha E. Jarrett, give you peace, comfort and strength…

So very sorry for your loss. By all accounts, Mrs. Jarrett appears to have had a life well lived! She raised some wonderful children as well. I would like to extend our deepest sympathies.