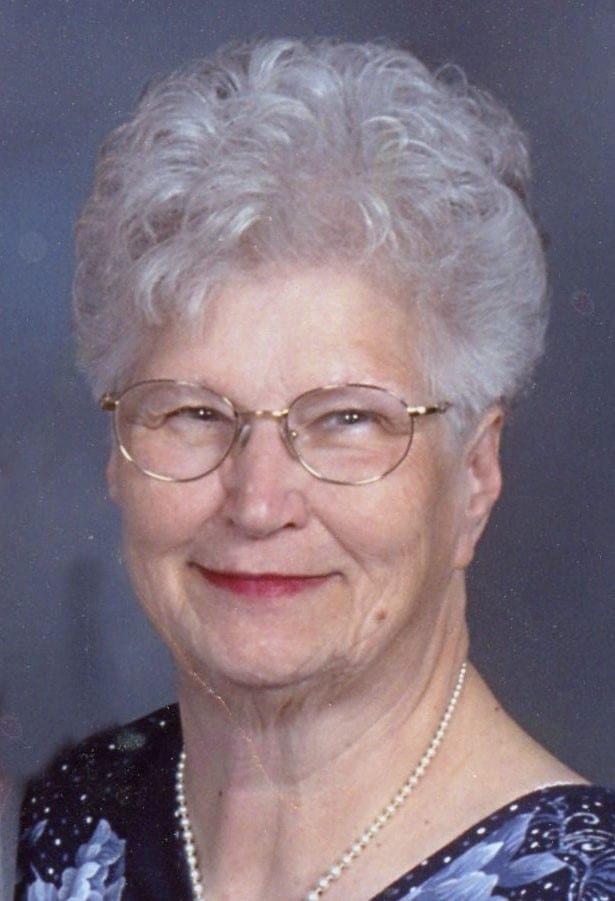 Agnes was born August 21, 1934 in Glen Dale, W.Va., a daughter of the late Marion and Katherine (Garvonic) Pucharich. She was a member of St. Vincent de Paul Catholic Church, Elm Grove.

In addition to her parents, she was preceded in death by her husband, Paul M. DiChiazza, in 2005; and two grandchildren, Isabel Marie and Benjamin Michael DiChiazza.

Friends will be received from 2-4 & 6-8 pm Wednesday, at the Altmeyer Funeral Home, Elm Grove Chapel, 154 Kruger Street, Wheeling, where a vigil service will be held at 3:30 pm.

Mass of Christian Burial will be celebrated at 10 am, Thursday, March 3, 2016, at St. Vincent de Paul Catholic Church, with Rev. Msgr. Paul Hudock as celebrant. Interment will follow in Mount Calvary Cemetery, Wheeling.

Agnes was one of a kind! I have such wonderful memories of her. A loyal and loving friend, one of the hardest workers I’ve ever known. My thoughts and prayers to her family, which she loved so dearly.

Sorry for your loss, Agnes was a friend of ours for many years and we will miss her!

Sorry for your loss, Agnes was a long time friend of our families. May she Rest in Peace!

Dichiazza family, we are so sorry to hear about your loss. I have amazing memories of my 2nd Mom, Mrs. Cheez. She was an amazing person and we are truly sorry to hear that she passed. Please know that our thoughts and prayers are with you.
The Frohnapfel’s

Mike, Genie and Family… I am sorry for your loss.

So sorry for your loses Agnes was a great lady. We will not be able to show our respects in person and wanted to express our thoughts to the family.
always,
Paul and Jackie Chiazza

Sorry to hear of your loss. Prayers for the family.

My sincere condolences to the DiChiazza family. The death of a loved one can be extremely painful but have comfort in God’s promise found at Isaiah 25:8. My deepest sympathy to you all.

Mike and Family – We are so sorry for your loss. Growing up, your Mom always had a smile on her face and was just so pleasant, all the time… and we were heathens running around your house! You are all in our thoughts and prayers. -The McGrath Family

Jane, I’m so sorry to hear of your Mother’s passing. We worked in PTA and had many good times working for the schools. Your Mother could always be depended on to give every job everything she had. May your memories comfort you.