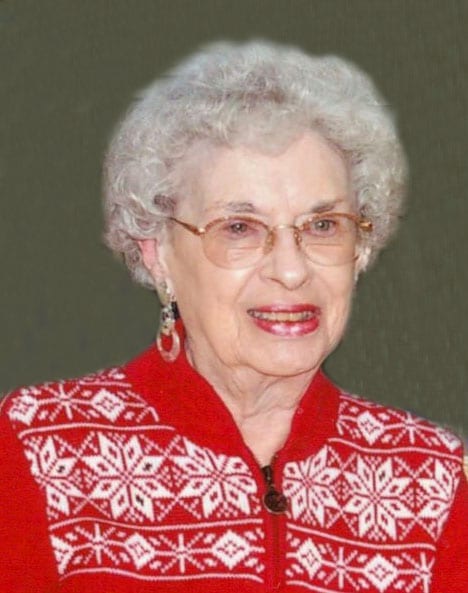 WELSHANS, Alma S., 88, of Wheeling, W.Va., died Saturday, June 27, 2015 in Brookdale of Marietta, Ohio, surrounded by her family.
She was born March 27, 1927, in Charleston, W.Va. a daughter of the late Francis and Georgia (Brown) Slevin. She was a member of St. Michael Catholic Church in Wheeling. She was also a member of The Women’s Club of Wheeling, The Wheeling Hospital Auxiliary, and the Caroll Ladies. She worked for many years at Hazel Atlas in Wheeling. Alma enjoyed her time at the Bertha Welty apartments with her close friends.
In addition to her parents, she was preceded in death by her husband, Charles Robert Welshans Sr., and her sister, Eloise Bell.
She is survived by one son, Dr. Charles Robert Welshans Jr. and his wife Christina Welshans of Vienna, W.Va.; and one granddaughter, Ashley Welshans.
At Alma’s request, there will be no visitation. A memorial mass will be celebrated on Saturday, July 4, 2015, at 11 am at St. Michael Catholic Church in Wheeling with Msgr. Jeremiah McSweeney as celebrant.
In lieu of flowers, memorial donations can be made to Faith in Action Caregivers, 38 N. 4th Street
Martins Ferry, Ohio 43935
Online condolences can be expressed to the family at www.altmeyer.com <http://www.altmeyer.com>