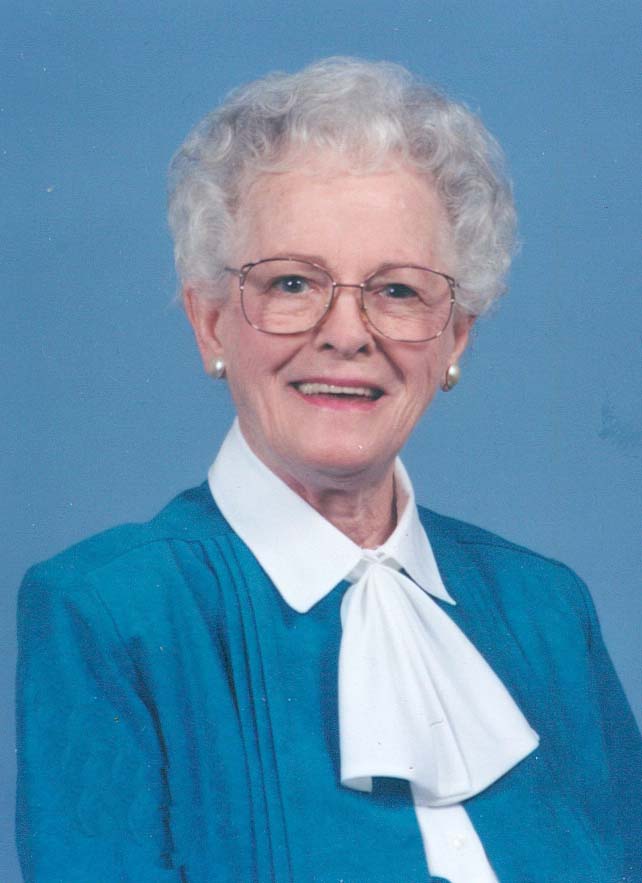 Angela Irena (Bogers)Stauver, 97, lifelong resident of Wheeling, WV, passed away Saturday June 24, 2017 at Liza’s place, Wheeling.
Angela was a graduate of Wheeling High School and a recipient of a scholarship to Bethany College. Employed as Bookkeeper/Teller at the Fulton Bank & Trust Company of Wheeling,for ten years. Treasurer and manager of campsites of the Meadow Lake Club Company for 24 years and bookkeeper for her husband’s business (Stauver’s American Service) for 30 years.
A member of St. Michael Catholic Church, the Christians Mothers, an active member of the Legion of Mary for six years and an Auxilary member until her death.
In addition to her parents, she was preceded in death by her husband, Harold L. Stauver, four brothers, Wilmer E., Norman J., Norris A. and John E Bogers; three sisters, Violet (Fred) Haufe, Mary (Gerald) Schroeder and Wanda (Rex) Swart and her grandson Eric Shawn Stauver.
She is survived by her only daughter, Sherolyn A. Stauver of Wheeling,; five sons, Harold L. Stauver of Wheeling, James E. (Marguerite) Stauver of Texas, David A. (Deborah) Stauver of Wheeling, John P. (Dana) of Wheeling and Gregory A. Stauver of New York; five grandchildren, Denee’ (Harry) Chimiel, Kenneth (Erica) Stauver of TX, and Michael (Erica) and William (Stephanie) Stauver of Wheeling and Allison Stauver of New York; eight great grandchildren, Morgan Ann, Alden J., Caleb A., Lily Ann of Wheeling, Michael J & Jett D. Stauver of TX and twin great grandchildren, Caelen & Brayden Chemiel of Spring, Tx and many nieces and nephews, especially Cathie, Marilyn, Sandra, Freda, Candi, June Ann, Laurence and Gerald B..
There will be no visitation as this time, private services will be held at a later date with interment at Greenwood Cemetery, Wheeling.
Arrangements entrusted to Altmeyer Funeral Homes.
Online condolences may be offered the family at www.altmeyerfuneralhomes..com
Her most Fervent wish, “Remember me with smiles and laughter that’s how I remember you.”

Angie was a dear neighbor to my family and I. We always enjoyed going to visit with her and my children and I enjoyed hearing all the stories she told of her family and of her past. We are thankful and grateful for the time we were able to spend with her, although we regret not spending even more time with her. Our heartfelt sympathies are being passed onto the Stauver family.

Sherry & Family, My thoughts and prayers are with you. Sorry, just saw this online.
Peace in your hearts to all

Please accept my condolences for your loss. What an amazing life. She will surely be missed by all who may have had the pleasure of knowing her.

Sherry, Dave, Bud, Jim, & Greg, please accept my condolences on the passing of your mom. She was a classy lady.

Mary Alice and I are so sorry for the loss of one classy, elegant lady. We would be honored if we could join you during the services to help show our love and respect for such a wonderful lady.

Dave and Family, We are so sorry for your loss. Our thoughts and prayers are with you and your family.

So sorry for the loss of your mother, Jim. Prayers & hugs sent.

Our hearts are broken to hear of Aunt Angie’s passing. She was my Mom’s favorite Aunt as they were closest in Age growing up & best of friends. It is ironic that today is the one year Anniversary of my own Mom’s passing. I know she was there to meet Aunt Angie along with all of her loved ones that have gone on ahead of her. For those of us left behind, we will have our wonderful memories of time spent with her to help us carry on. Aunt Angie, we love you & we truly miss you.

Words cannot convey how sorry I am to hear of Aunt Angie’s death. She was always a class act. So intelligent, and so upbeat all the time. We have all been blessed to have had her in our lives. Her humor and laughter will be remembered always.

This time of year is especially poignant. I was just remembering with fondness a few days ago about our Fourth of July family gatherings at Camp Elizabeth. Aunt Angie will forever be alive in those wonderful memories.