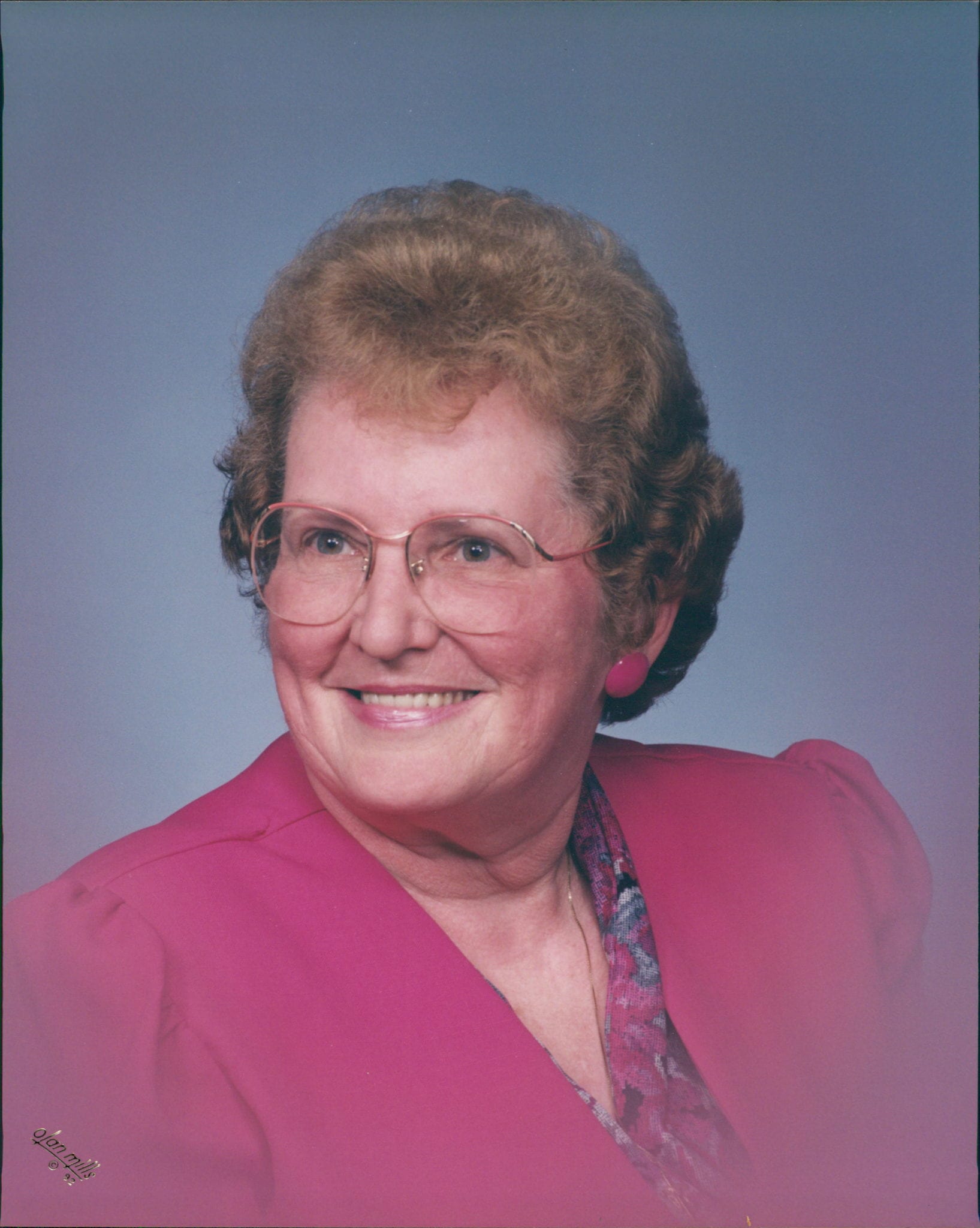 She was born August 19, 1932, a daughter of the late Kelly and Hazel (Duty) Pickering. Ann was a member of Island Christian Church. She taught knitting and crotchet at the community colleges, had a prayer breakfast, taught vacation bible school, and was a Girl Scout Leader for many years.

In addition to her parents, she is preceded in death by her loving husband, Alan E. Lesch (1991); one daughter, Cindy Murphy; one son, Alan Lesch; and two brothers, Howard and Michael Pickering.

Friends and family will be received at the Altmeyer Funeral Home, 1400 Eoff Street, Wheeling, from 10 am until time of service at 12 pm, with Pastor Judy Bennett as celebrant. Interment will take place at Holly Memorial Gardens, Colerain, Ohio.

Our deepest Sympathies at the passing of your loved one. May she rest in the bosom of our blessed savior Jesus. Bill and Cari Prager

We are so sorry for your loss. Our thoughts and prayers are with your family. Ann was such a lovely person and always gave a smile to everyone.