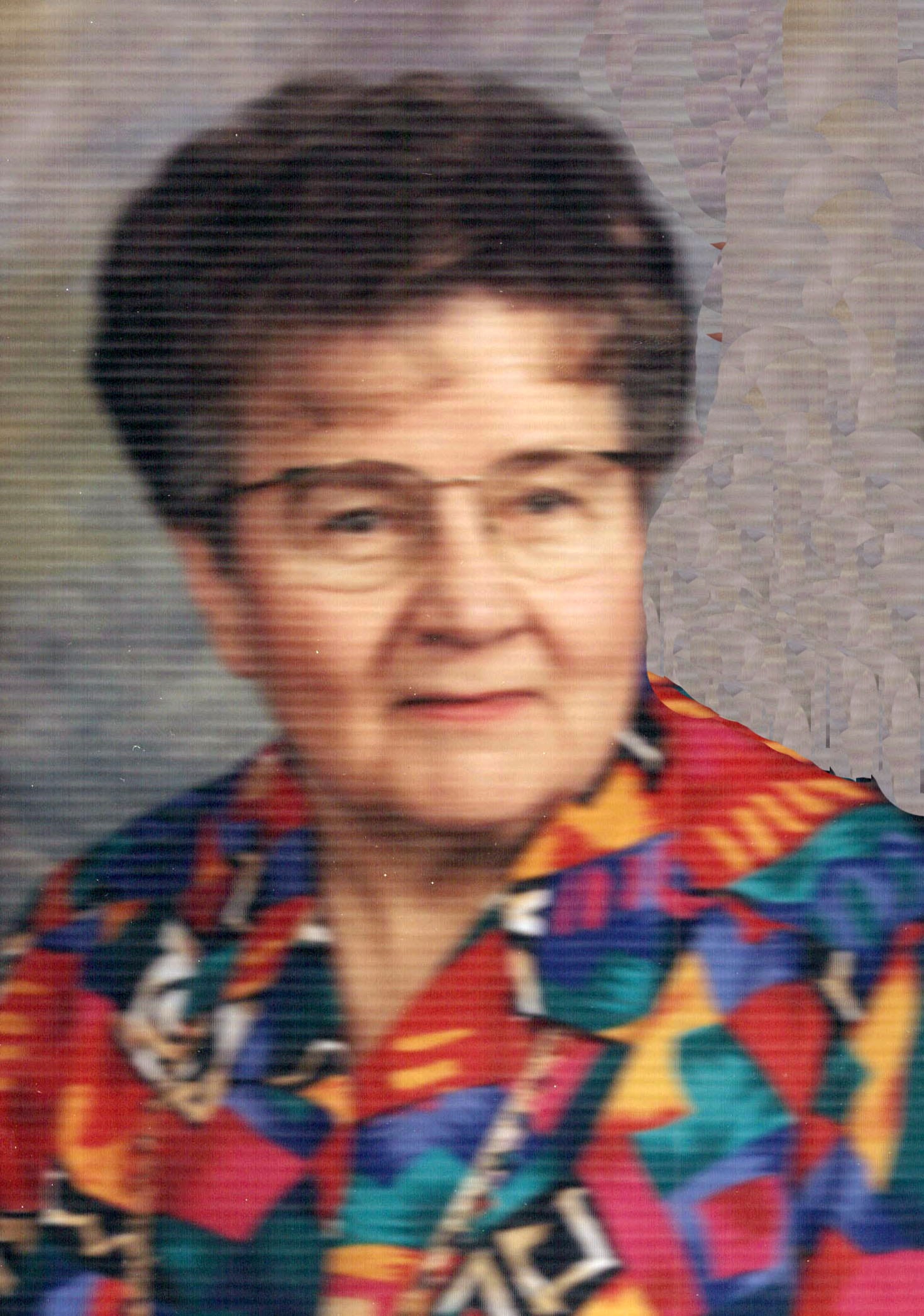 MOSKITIS, ANN THERESA
Ann Theresa Moskitis, 93, of Wheeling, passed away Thursday, July 21, 2016 in Good Shepard Nursing Center.  She was born on June 6, 1923 in Fairpoint, OH a daughter of the late Francis and Anna (Mieryk) Wysolowski.  She was a member of St. Vincent de Paul Catholic Church.
Ann is survived by her children, Thomas (Janet) Moskitis of Clifton, VA, Marcella (Rob) Dove of Cooper, TX and Joseph D. Moskitis of Wheeling; five grandchildren and six great-grandchildren.
She was preceded in death by her parents; husband, Joseph E. Moskitis and a son, Robert A. Moskitis.
Friends may call Sunday July 24, 2016 from 2-6 pm with a Vigil Service being held at 5:30 pm in the Altmeyer Funeral Home, Elm Grove Chapel, 154 Kruger St., Elm Grove, WV.   A Mass of Christian Burial will be held Monday at 11 am in the St. Vincent de Paul Church, 2244 Marshall Ave, Wheeling, WV, with Father Jeremiah McSweeney officiating.  Burial will follow in Mount Calvary Cemetery.
On line condolences may be expressed through, www.altmeyerfuneralhomes.com <https://altmeyerfuneralhomes.com>.
Memorial contributions may be made to Roman Catholic Diocese of Wheeling-Charleston

Can you take down my post on the boards as the person contacted me. Thanks

To the gentleman driving the silver van with Virginia plates that backed into a white car and didn’t leave a note please contact me immediately. 304-312-2261

Thoughts and prayers go out to the family of Ann Moskitis, especially my dear friend Joe Moskitis. May her light ever shine in all our hearts.

My deepest sympathy to your family. I had the pleasure of working with your Mom at different church functions. Such a sweet loving lady. May God wrap his loving arms around you at this sad time

Sorry for your loss. At this time, the best friend that a bereaved family can have is our Creator, God. He invites you to throw all your burdens on him and he will sustain you in this time of grief. May you all find comfort as you pour out your heart to him in prayer because he cares for you. (1 Peter 5:7).

Joe – So very sorry for your loss. She was a special lady. We are making a donation to the diocese in her honor in lieu of flowers. Take care and hope to see you soon…