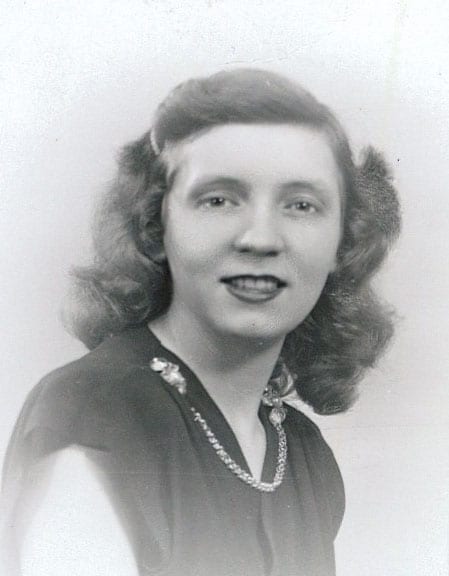 She was born in Etna, PA, June 9, 1925, a daughter of the late Martin and Victoria (Hanzes) Zabich. Ann grew up in Blawnox, PA, where she graduated from Aspinwall High School in 1944. She was a Christian by faith, a member of a Bible study group for many years, and an award winning Avon Sales Representative. In March of 1947, Ann married the love of her life, Alfred Otterbeck, who was also from Blawnox, whom she met through letter exchanges while he was stationed in the Marshall Islands. She was a sweet, kind, loving and devoted wife, mother and grandmother.

In addition to her parents, she is preceded in death by an infant son, Randy Otterbeck; two sisters, Mary Ivanich and Margaret Zabich; and two brothers, Edward (killed in action in 1944, in WWII in the invasion of Normandy) and John Zabich.

Ann is survived by her loving husband, of 69 years, Alfred, who lovingly took care of her for 6 years; two children, Rick (Debbie) Otterbeck and Kim (Ron) Gibbons, both of Wheeling; one granddaughter, Kaitlin Gibbons, and one niece, Charlotte (Stan) Plizga of Florida.

My condolences to the family. May Jehovah God (Psalms 83:18) provide the comfort and reassurance you need in this most difficult time. May you reflect on the fond memories you have created to help you never forget the joy and blessing you had in your loved one.
Tiffany Chanel

Al , Rick, Kim, and family,
So sorry to hear about Ann. Bobby called to tell us. Ann was such a wonderful lady, and will be missed. We couldn’t, ask for better neighbors. Sending prayers. Bob & Patty Long

Al, Rick, Kim and families,
Our thoughts and prayers are with you in this time of great loss, Ann was a special person and such a good neighbor and friend to Grandma Louise. God Bless you all.

Sweet Ann Otterbeck – My Mom’s “Avon lady” for many, many, many years. “Ding Dong Avon Calling” RIP young lady – always nice, nice memories of Ann. Sorry for your loss Rick & Kimmie (as your Mom so affectionately called you Kim). My prayers to you and your families.

My sincere and deepest condolences to the family of Mrs. Otterbeck. Denny Albaugh