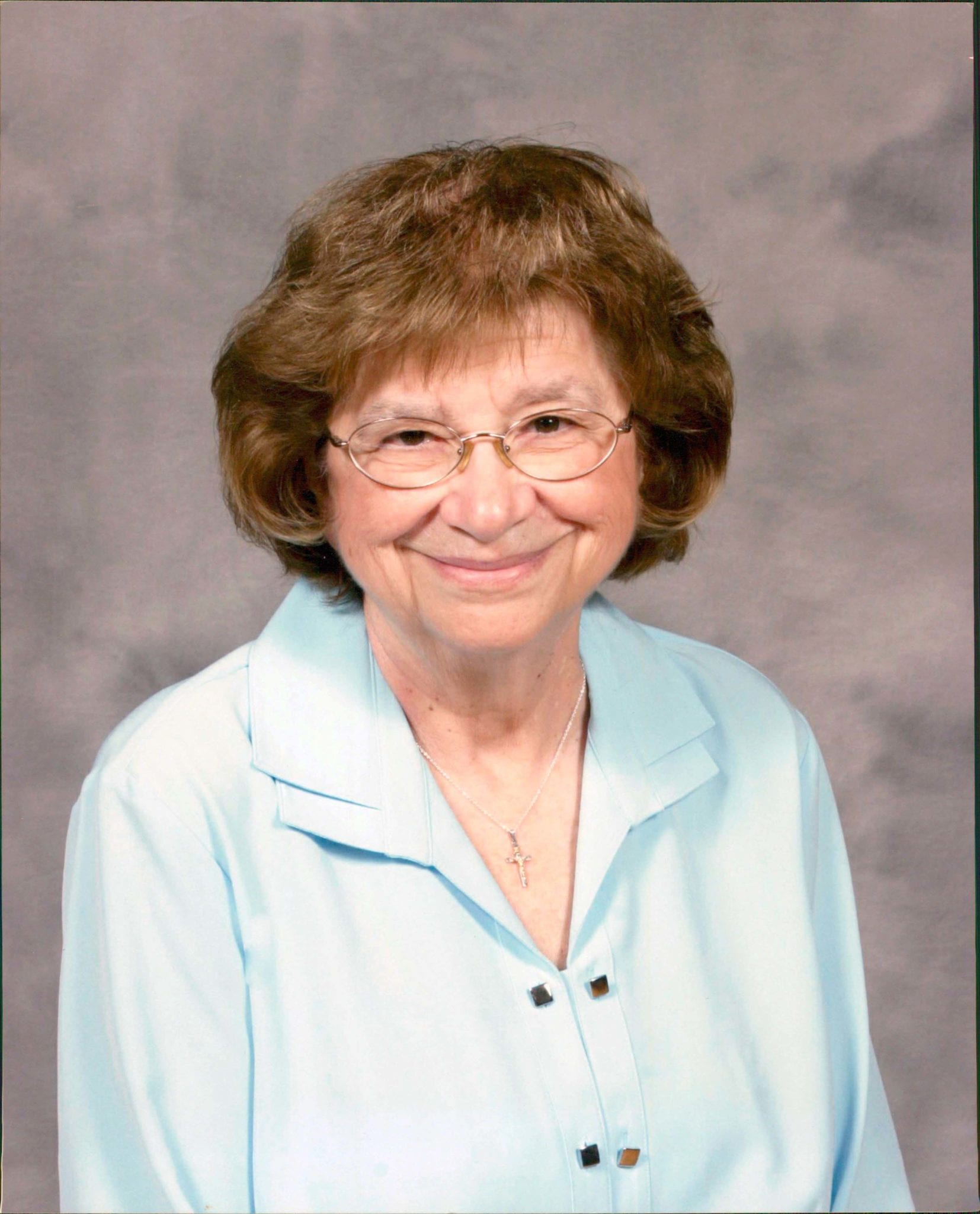 She was born on December 12, 1926 in Wheeling, a daughter of the late Charles and Eva Bliss Stefani.

She was a member of St. Michael Catholic Church, Wheeling.

Ann was the kindest soul, a devoted and loving wife, mother and grandmother.

In addition to her parents, she was preceded in death by her husband, Walter Carl Dittrich in 2000.

Friends received 2-7 p.m. Sunday at the Altmeyer Funeral Home, 154 Kruger St., Wheeling, where Vigil services will be held at 6:30 p.m.

Memorial contributions can be made to the Good Shepherd Nursing Home, 159 Edgington Lane, Wheeling, WV.

Our thoughts and condolences to all who knew, loved and will deeply miss Dear Ann.
Nat & Art Rosfeld

We are thinking of you and your family. It was always good to see your mother when she visited DC and trips to West Virginia. Take care.

We are thinking of you & your family. Over the years, it was always good to see your mother on DC visits and trips but to West Virginia. I will always remember hosting her in DC. And her gentle ways . Take care

I was sorry to hear about your Mom. I saw the paper and after started remembering how many times I was at your house. She was a great lady and my heart goes out to you all. Take care Candy (Wojcik) Hartley.

I remember Chochi as so sweet and kind. One Christmas, when I was little, I clearly remember falling asleep on her lap and staying there for the duration of the party. I overheard people asking Chochi if she needed anything or wanted to move and she replied that she was most happy to be holding me and didn’t need a thing. One small example of her selfless nature. She also had a silly, playful sense of humor and loved to laugh. She passed that on directly to Chuck, one of the funniest people I know. Chochi and my grandma were not only sisters, but best friends. Their relationship taught me just how important sisters are. For all the happiness, love and care she showed to her family, Chochi will always be remembered.

If you are fortunate in this life to have a mom then you are so very blessed. If you can say you have a second mom then you are blanketed by indescribable love. My Chochi was my second mom. One of my earliest memories is sitting in her lap while she rocked me and sang Ukrainian lullabies. She always gave me “permission” to play hooky from school or work and even though I never did, it was fun to have her in my corner for a little mischief. And every year without fail she and my Uncle Walt would call me on my birthday and sing to me. I am so far from home right now and wish I could be with everyone, but in my solitude so many memories of fun and love and laughter are coursing through me so that joy may blanket the sorrow. Love and heartfelt sympathy to all who loved my dear sweet Chochi. I will miss you forever.

Mom’s life was based on love, honesty, faith and humility and intensely centered on family. She taught my sister Stef and I through example more than words and what she has given us is all that we will ever need to guide our lives and it will never fade. We say goodbye in grief tempered by peace and gratitude to her and to all those who cared about and for her.

Mom’s life was based on love, honesty, faith and humility and intensely centered on family. She taught my sister Stef and I through example more than words and what she has given us is all that we will ever need to guide our lives and it will never fade. We say goodbye in grief tempered by peace and gratitude to her and to all those who cared about and for her.

My aunt, Ann Dittrich, known to her family as “Chochi,” was the kindest, sweetest, most sympathetic person one could imagine. I grew up with her in an extended family, and she was a second mother to me. Her unconditional love to me and all her family will never be forgotten. She, and her husband, my Uncle Walt, were exemplary models of what loving kindness in a family can and should be. I will remember her always. Rest In Peace, dearest Chochi. From David Rose and family — Susi, Lila, Katie, Walter, Adam