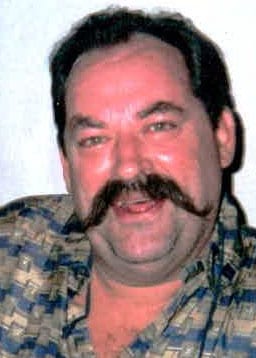 He was born September 12, 1950, a son of the late Lester and Allegra (Wharry) Burch. Tucker is a graduate of Union High School and West Virginia University. After college, he went on to own Frontier Bicycle Center in Wheeling and became a property developer in Costa Rica. He loved to travel, cook and fish.

Tucker is survived by his brother Walker (Patti) Burch, several nieces and nephews, and many friends.

A memorial service will be held at a later date on a mountain in Costa Rica.

Condolences may be offered to the family at www.altmeyer.com.

I just found this, so sorry I’m so late in posting my condolences. I met Tucker when I moved to WV during my senior year of high school. We were roommates our first semester of college. It is hard to imagine anyone more filled with life, more charismatic, or funnier than Tucker. Truly one of a kind and is missed.

Condolences to Tucker’s family. My father and Tucker were very good friends. My father just called me and asked me to look him up on the internet because he has not been able to reach him. My father was very sad to hear the news of his long time friends passing. He was hoping Tucker had just changed his number. I met Tucker several times when visiting Florida. A very good man who lived life his way. He chased his dream, to see it become a reality.

To Tucker’s family – I just learned of Tucker’s passing. I knew Tucker since 1990 in Stuart and Costa Rica. He was a dear friend and we had many fun times together. He will be very missed. He was very unique and was a very kind soul. I will never forget him.

We are so sorry to hear about Tucker.

He was a great guy and would always try to stop and visit me after my accident when he was in town.

He is someone I looked up to and admired as a youngster. He introduced me to bicycling with great equipment before it was popular. He also enjoyed the outdoors and taught me to respect the land and its creatures so others might have the same opportunity to enjoy it as I had.

My heartfelt condolences to all of Tucker’s family. I just learned that my dear friend had passed and am saddened by the news. He was always a sincere friend to me and will never be forgotten. God bless all of you, and may Tucker rest in peace.

RIP Tucker!! Was so surprised to see this. It’s funny but we met and all worked together at the Marriott and to met so far away from Wheeling and here we were all from the same state. Used to all hang out together including Walker. Unfortunately we lost touch when he moved to Costa Rico. Sorry for ur loss and always in our prayers. Rest in peace, buddy!!

Fondest memories of Tucker. Deepest sympathy to family and friends.

My thoughts and prayers are with your family………..I will always have treasured memories of Tucker.

To the Burch family: Please accept my sincere condolences and deepest sympathy on the loss of your dear loved one. Death is such a tragedy for all of us and when it touches us personally, it’s sometimes difficult to find the comfort that we search for. Our loving Heavenly Father Jehovah, who is the God of all comfort, feels empathy for those who have lost a loved one in death, and therefore promises to swallow up death forever and eliminate all pain and suffering. (Please read Revelation 21:4 and Isaiah 25:8) Jesus gave even more reason for hope at John 5:28,29 where he explains: “…all those in the memorial tombs…will come out…” As you read the above texts in your Bible, may they give you hope and comfort, during this most difficult time. Again, my deepest sympathy. David Cowles

So sorry to read this. My thoughts and prayers are with you and your family.