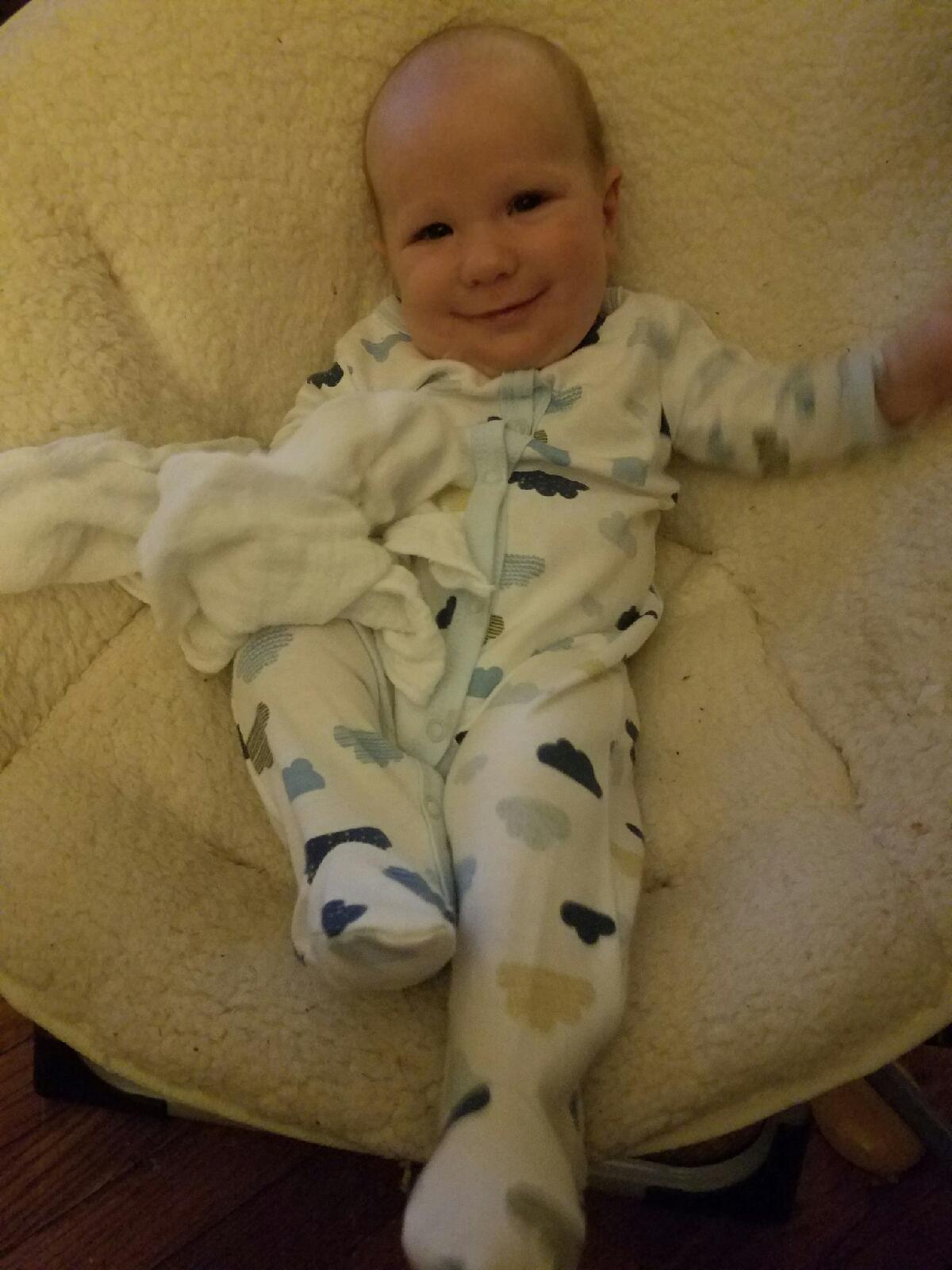 Service
Saturday October 01, 2016
1:00 pm
St, Michael Catholic Church
National Road
Wheeling, WV 43906
740-676-0051 | Directions
Benjamin Mac Bailes, 2 months old, passed away September 26, 2016 at Wheeling Hospital.
He was born July 7, 2016 in Wheeling to his parents, Chris and Kasey (Fields) Bailes.
In addition to his parents, he is survived by his sister, Tesla Bailes of Wheeling; maternal grandparents, Elizabeth Eastwood and Randall Fields, paternal grandparents, Barbara and Mac Bailes and an uncle, Andrew Fields.
A Memorial Mass will be held Saturday, October 1, 2016 at 1pm at St. Michael’s Catholic Church with Rev. Cody Ford serving as Celebrant.
Memorial Contributions may be made to Stand Up For Steph @ www.crowdrise.com/stand-up-for-steph
Arrangements were handled by Altmeyer Funeral Home, Elm Grove Chapel, Wheeling.
Online condolences may be offered to the family at www.altmeyerfuneralhomes.com
12 Condolences
Inline Feedbacks
View all condolences
Ally and Olivia

Kasey, I have no words but to say my heart breaks for you and the entire family. I love you hun. I’ll continue to pray for healing.

Kasey and Chris please accept my condolences during this difficult time. Keeping you and your family in my thoughts and prayers. Take care. Teresa Scott Adinolfi

My prayers for each of you doing this time. So sorry.

So very sorry for your loss

I am so deeply sorry for your family. you are in my thoughts and prayers. Words cannot describe the heartbreak I feel for you. please accept my deepest sympathies, and love, strength and comfort.

I am so sorry for the loss of your dear child Benjamin. What a beautiful smile he has on his face. Keep that memory with you at all times and may the God of all comfort, who comforts us in all our trials, comfort you at this time. Please reflect on such scriptures as John 5:28, 29; Acts 24:15, Isaiah 33:24, and Revelation 21:3, 4. I pray and hope that reflecting on these scriptures give you some measure of comfort and peace of mind and heart. You will be in my thoughts and prayers.

Dear Kasey, Chris and Tesla, Just a short note to send our sympathy and let you know how sorry we are for your loss. We are keeping you in our thoughts and prayers. Take care . Love, Linda and Richard

So t Kasey and Chris, our prayers are with you.

i’m grateful for the chance to have held Benand loved him. He is forever in our hearts. We love you so much.
love mary brian and audley