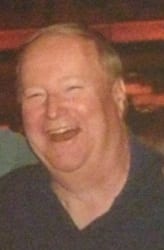 OTTE, Bernard Edward “Butch”, 64, of Wheeling, W.Va., died Monday, June 8, 2015 at his home in Bethlehem.
He was born February 21, 1951, in Wheeling, a son of the late Edward and Genevieve “Vickie” Otte. He was a 1969 graduate of Wheeling High School and a 1973 graduate of West Liberty State College with a degree in education. He was also a graduate of the Nasco School of Business in Springfield, Tenn. He began his business career as a five state district Sales Representative for Nasco Inc. He then took a job with Monarch Foods in the tri-state area, with Gatto Foods in Bellaire, Ohio as a Sales Manager, and Continental Foods of Eighty Four, Pa. as a Sales Manager then Vice President of sales.
He then became a Vice President of Sales Management for the Sysco Corp. Eastern Region, and Account Manager with Hasselman Food Brokerage of South Hills, Pa. He was also the Sales Manager for the Steubenville Fruit Company of Steubenville, Ohio for many years. He then retired from the food business and took over the family business, Otte Brothers Inc. (State Dry Cleaners), serving as President and Chief Financial and Operating Officer.
He was a member of St. Alphonsus Catholic Church in Wheeling and was a member of the Knights of Columbus. He was a member and Officer in the Ohio Cleaners Association, and a member and ardent supporter of the Local YMCA.
Butch and his father, Edward, always appreciated their loyal customers and the employees of State Cleaners and also his loyal and longtime friends from the “YAC”.
In addition to his parents, he was preceded in death by one brother, John Trischler, one nephew, Brian Trischler, and two uncles, Paul and Bernie Otte.
He is survived by two sons, Jason (Emily) Otte of Annapolis, Md., and Chad Otte of Morgantown, W.Va.; ex-wife, Debbie Otte-Droginske; one uncle, William (Betty Jean) Otte of Wheeling; two aunts, Lucille Otte of Wheeling, and Lucille Fee of Omaha Neb.; one niece, Molly Karcher of Bel Air, Md.; one nephew, Patrick Trischler; two grandsons, Alexander Edward Otte and Sebastian Otte of Annapolis, Md.; and special friends, Howard and Shirley Blazier of Bethlehem.
Butch was a successful businessman in both food service and dry cleaning, and was a compassionate father, grandfather, and friend.
Friends will be received for a memorial gathering on Friday, June 12, 2015 from 6-8 pm and on Saturday, June 13, 2015 from 10 am until time of memorial service at 12 pm at the Altmeyer Funeral Home, Elm Grove Chapel, 154 Kruger Street, Wheeling.
Memorial contributions can be made to the American Heart Association, 7272 Greenville Avenue, Dallas, Texas, 75231 or online at
Online condolences can be expressed to the family at www.altmeyer.com

This is a test condolence

I am deeply saddened by the irrecoverable loss of your father.
I can understand the condition of your heart, but I can only say to you to keep patience and give strength to your family, to get through these sorrowful times.

I hope you will find comfort and peace in the memories you had with him. May his soul find peace.

“Dear Chad,
I’m really saddened to hear of your wonderful father’s death. He was an extraordinary man. There are many in the community who will mourn deeply his passing as his was a life of service, love, compassion and excellence. May he rest in peace.

May God give you comfort in your time of grief,
Trilok”

My deepest condolence for your loss.

“My condolences to Chad & Jason and families. I was so sorry to learn that
Butch has passed away being so young. My thoughts & prayers are with you.”

I am so sorry for your loss, may God surround with his love and give you strength.

“Chad, I am so sorry to hear about your Dad. My deepest condolence for your loss. Keeping you and your family in our thoughts and prayers.
May God give you comfort in your difficult times, May his soul rest in peace.
Thank you,
Sadiq”

“Chad, My thoughts and prayers are with you and your family during these difficult times.
He is greatly missed, forever cherished and always remembered. May his soul find peace.”

Praying for your family at this very difficult time. So sorry for the loss of your father.

So sorry to hear of your loss. May God hold and keep you and carry you through this time.