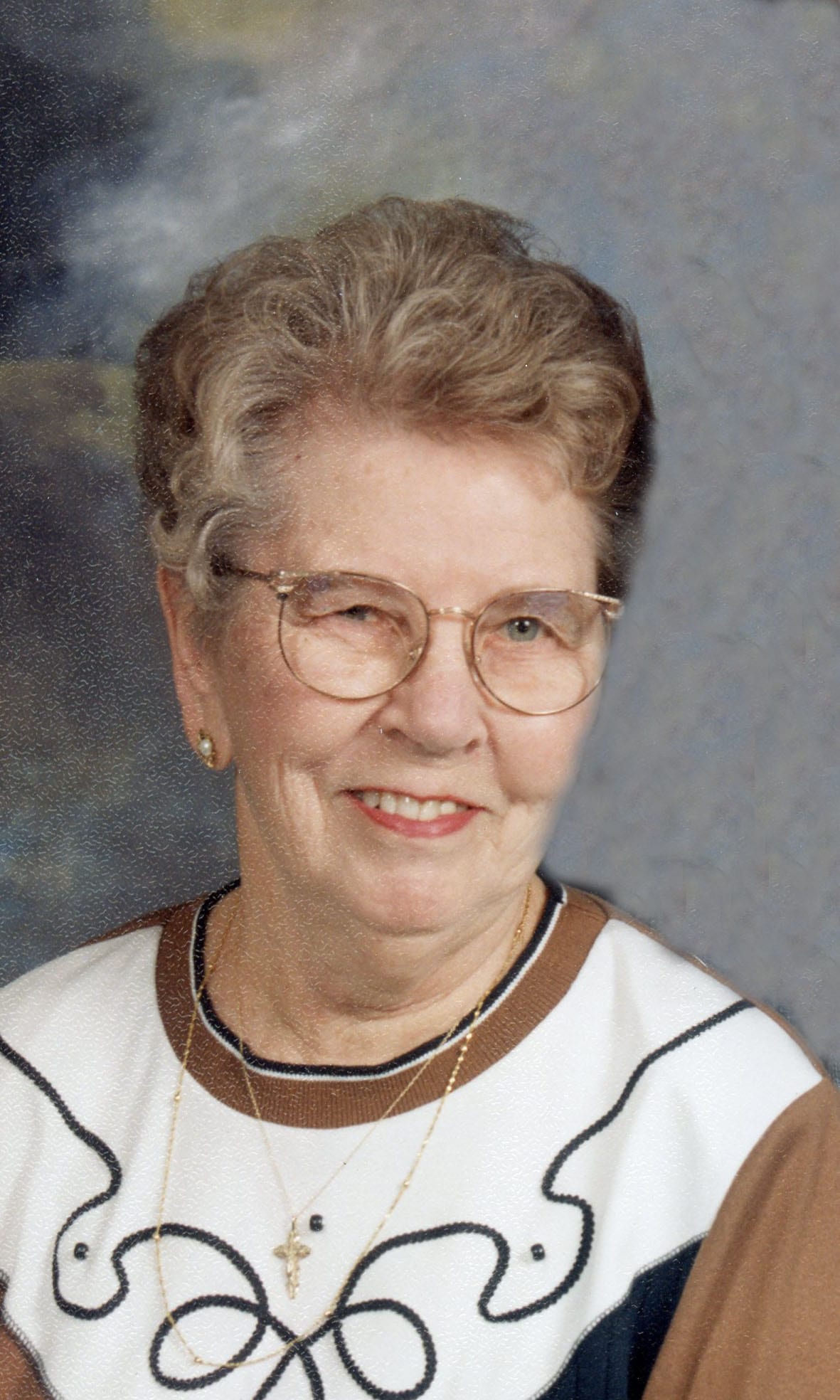 Bernice was born October 23, 1921, in Wheeling, a daughter of the late Valentine H. and Amelia (Schrimp) Martin. She was a former member of St. Vincent de Paul Catholic Church, Wheeling, and the Wheeling Women’s and Homemaker’s Club. She was also a U.S. Navy Veteran, having served in the W.A.V.E.S. (Women Accepted for Volunteer Emergency Service), during World War II.

In addition to her parents, she was preceded in death by her husband, Edward J. Riester, in 2007; three sisters, Dorothy Burral, Mary Ryan and Thelma Purdue; and two brothers, Alvin and Wilbur Martin.

Friends will be received from 4-7 pm, Friday, at the Altmeyer Funeral Home, Elm Grove Chapel, 154 Kruger Street, Wheeling, where a vigil service will be held at 6 pm.

Memorial contributions may be made to the Asbury Foundation, 700 Bower Hill Road, Pittsburgh, PA 15243, or online at www.tmcfunding.com. Online condolences may be offered to the family at www.altmeyer.com

May your memories of Bernice Evelyn Riester, give you peace, comfort and strength…