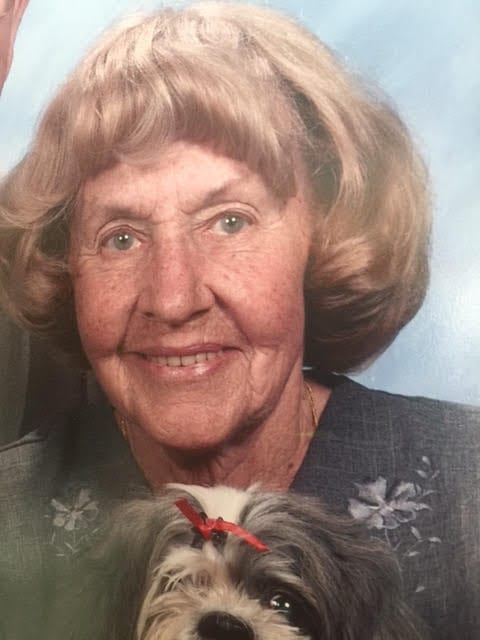 Betty was a graduate of St. Joseph Academy, Class of 1946, a part time dental assistant for Dr. Mueller in Elm Grove, prior to that was assistant cook at Parkview Elementary School with her husband’s mother, Loretta Holmes, a homemaker and a member of Christ United Methodist Church.

In addition to her parents, Betty was preceded in death by her husband, William “Dick” Richard Holmes in 2010, whom she married on October 18, 1947, a brother, Lawrence Coil and 2 sisters; Virginia and Wilma Bandi.

Betty is survived by her daughter, Catherine “Cathy” Holmes and her husband, Bruce of Williamstown, WV, her granddaughter; Anne Shisler of Frisco, NC, her great grandson; J. Gilliam Shisler, and her caregiver for many years; Alishah Hardway of Wheeling.

There will be no visitation. Services and interment will be held at the convenience of the family.
Arrangements by the Altmeyer Funeral Home, 154 Kruger St., Elm Grove.
Memorial contributions may be sent to The Humane Society of the United States, 1255 23rd St. , Suite 450, Washington, DC 20037.

Betty will fondly be remembered as a member of the OVMC family and as a participant in OV golf outings.