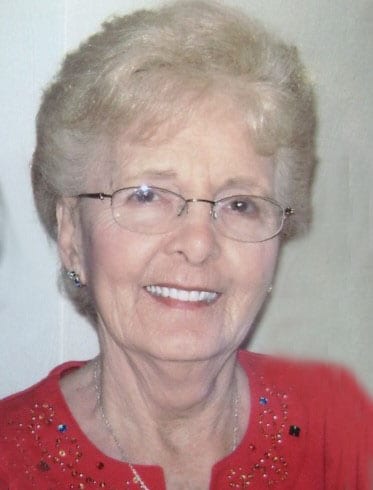 Betty was born September 28, 1932 in Lynn Camp, WV, a daughter of the late Jesse M. and Molly M (Colvin) Cook. She was a graduate of Moundsville High School; a retired manager for the former Young’s Cafeteria; and a member of St. Francis Xavier Catholic Church, Moundsville. She was also a member of the former Cherokee Hills Garden Club; and a 40-year member of the Early Bird Morning Bowling League.

In addition to her parents, Betty was preceded in death by her first husband, Donald Dellget; her second husband, Robert Kerns; a granddaughter, Olivia Dunfee; sisters, Gladys Petrelle, Beulah Reilley and Ila Crowe; and brothers, Kenneth and Donald Cook.

Keeping you in my thoughts and prayers and hoping that your many memories will bring you comfort in the days ahead.

R I P Betty, Prayers & condolences for your family. Lots of memories for sure

Diane, Debbie and families. Sorry I cannot attend the service. Your Mother a true lady; I remember many experiences from growing up and her time managing the Delf Norona Museum Restraunt. You will be in my thoughts and prayers. Mike