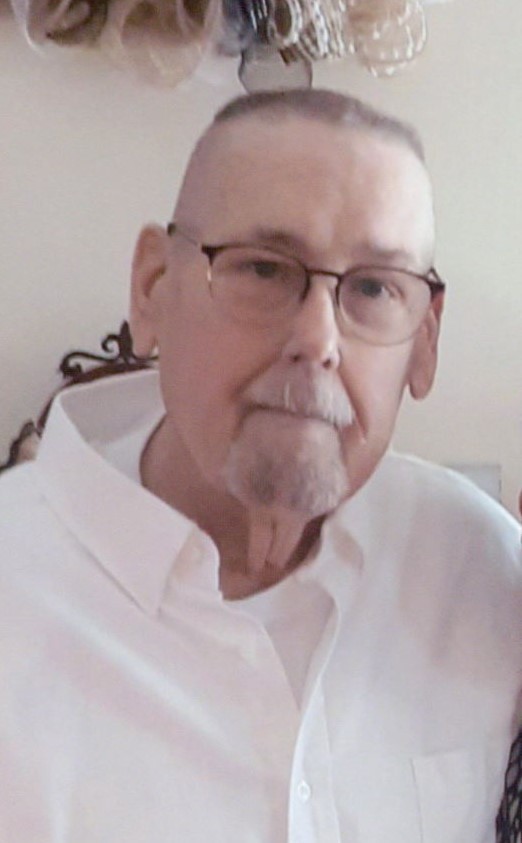 Long Time Public Servant Dies
Bruce B. Mosa Sr., 72, of Sherrard, WV passed away at home on December 19, 2021.
Bruce was born December 19, 1949 in Wheeling, WV. A son of the late William Sr. and Betty Irene Castillon.
In addition to his parents, he was preceded in death by his son Bruce Beeb (Beeber) Mosa Jr. in 1994.
He is survived by his loving wife of 40 years, Debbie, daughter Stephanie (Joe) Morris of Moundsville, WV, and the light of his life, his granddaughter Sophia Grace Morris, his buddy Sammie. Four brothers: William Jr of Wheeling, WV, Bobbie of Cleveland, OH, Blair of Sherrard, WV, and Bradley of Big Wheeling Creek, many nieces, and nephews also survive.
Bruce spent his career in public service beginning as a Marshall Co Deputy Sheriff in 1972. He served as a Deputy Assessor, Captain in the Glen Dale Police Department. He worked for Marshall County Schools for 28 years as a bus operator for 12 years and Director of Transportation for 16 years, retiring in 2005. While Director, he chaired both the WV School Bus Safety Reader & the Southeast Region Safety Founder.
Bruce was selected Transportation Director of the Year for the State of WV in 1996. He was a longtime member of the Marshall Deputy Sheriff Civil Service Commission and a member of the Moundville Masonic Lodge. Bruce in 2007 was appointed by Marshall County Sheriff John Gruzinskas as a Civilian Bailiff to Serve the Courts of Honorable Mark A. Karl civic judge and Robert Hicks family court until present.
Bruce had a great passion for life. Always ready with a good joke and loved his family and friends.
A memorial service will be held on January 8, 2022 at a place and time yet to be determined by the family.
In lieu of flowers, memorial contributions can be made to the Sophia Morris Scholarship Fund at TMCFunding.com

Online condolences may be made at AltmeyerFuneralHomes.com

My son, I’ll Anderson, wasagood friend of Bruce. We are sorry we can’t make the memorial today because of sickness

Bruce was my cousin and he always treated me like a princess,even though it has been years, I always thought of him and his family. I was close with his daughter and late son who I miss,somehow life got in the way,yet, I was always his princess and he will be very sadly missed,he is now with Berber and my mom Grace.

Debbie , We are so sorry to hear the passing of Bruce. Met Bruce back in the seventies when we were both in Law enforcement. Was a guy that would do anything for you and yes always had a joke for you. Debbie and I will sadly miss him. Prayers for you.

Known to my sister and I as “Uncle Bruce”, Bruce was our Santa Claus and was a very special person in our lives! He could always tell a joke and make us laugh! Our sincerest sympathies ❤️

I got to know Bruce very well as a very young man from back in the mid 1960’s even though he was a few years older than me. I and my younger brothers went to school with Bobbie, Blair, and Bradley who my family enjoyed playing with and visiting with their parents, they were great and generous people. I got to know Bruce even more when he was a Police Officer in Glen Dale because I worked for Pepsi in the repair garage in Glen Dale, he would stop in quite often to visit and B/S with me.

Debbie, Stephanie and all Bruce’s family … My thoughts and prayers are with all of you. Bruce was one of a kind … always upbeat …friendly and ready to help! I know your pain is great now …but he is only a thought away … and he’s watching over you and leading you on to have a wonderful life! Everyone has a story about Bruce and his goodness … I never did get him to tell me how he made those mouth watering ribs! Wrap yourselves in the good times and know we are all a phone call away when you’re down.

Debbie, we are so sorry to hear about Bruce. He was a great guy who lived to help others. A special person for sure. You have our deepest sympathies. God bless.

Debbie so sorry to hear about my friend Bruce, he was a great friend and great man, he will surely be missed

I have know Bruce a long time . He was always a good friend and will be missed by many.

Bruce was a fine man and a good friend. So sorry for your loss.