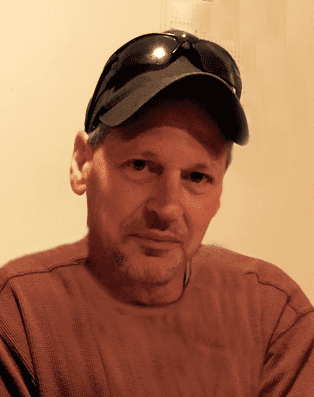 HEISER, Bruce E., 50, of Glenwood Road, Wheeling, W.Va. passed away Thursday, July 2, 2015 at home.
He was born in Canton, Ohio on August 18, 1964. He was Catholic by faith and self-employed.
He was preceded in death by his father, Charles E. Heiser Sr. and his brother, Charles E. Heiser Jr.
He is survived by his mother, Linda McBride Heiser; one son, Aaron (Sarah) Robinson of Wheeling; two brothers, Bryan (Joann) Heiser of Wheeling and Brad C. (Laura Phillips) Heiser of Shadyside, Ohio; two grandchildren, Austin and Emma Robinson; three nephews, Seth, Josh, and Zack Heiser; and one niece, Alexis Heiser.
Friends will be received on Wednesday, July 8, 2015 from 12 pm until time of funeral service at 3 pm at the Altmeyer Funeral Home, 1400 Eoff Street, Wheeling. Final resting place and time will be determined at the convenience of the family.
Online condolences may be expressed to the family at www.altmeyer.com

Sorry for your loss and prayers to all.

My heart goes out to the family in your time of grief. Nothing can prepare us for the loss of a love one. Time and unforeseen occurrences befalls us all. Please keep in mind that Jehovah God is aware of your loss and he has assured us that he will put a fix to it. Please notice in your Bible (Revelation 21:3,4). Isn’t that a wonderful hope for us that the death of our love ones will never take place anymore? Please accept my deepest sympathy. For more scriptural encouragement please go to http://www.jw.org.

My sincere condolences on your loss. May you find some comfort from the thought expressed at Revelation 21:4. Soon death will be no more.

Linda, you have my heartfelt sympathy in the loss of your son. Many prayers go out to you and your family.

Linda, you have my heartfelt sympathy, prayers go out to you and your family.

Linda you have my heartfelt sympathy, prayers for you and your family.

Linda you have my heartfelt sympathy, prayers for you and your family.

With our deepest sympathy, our prayers are with you and your family…Bob Heiser, Jr. & Grace from New Jersey

May God be with this family in the time of their need.