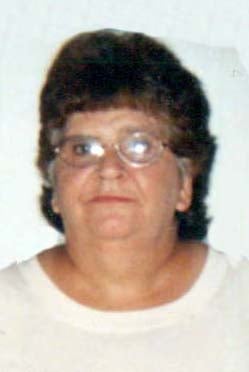 In addition to her parents, Carla was preceded in death by her husband, David Kondrach; a son, Mark Kondrach; and a brother, Carl Petrini, Jr. She is survived by her three sons, David Kondrach (Annette Watkins) of Wheeling, Carl (Jessica) Kondrach of Barnesville, OH and Donald Landmeyer, Jr. of Wheeling; a sister, Connie Werner of Wheeling; and three grandchildren, Sonia Landmeyer and Sydni and Gabbi Kondrach.

Friends will be received from 6-8 pm, Thursday, at Altmeyer Funeral Home, 1400 Eoff Street, Wheeling, where funeral services will be held at 11 am, Friday, September 30, 2022. Interment will follow in Greenwood Cemetery, Wheeling.

Wishing you peace to bring you comfort, courage to face the days ahead, and loving memories to hold forever in your hearts.

My sincere and humble condolences to the family and friends of Carla. Denny Albaugh