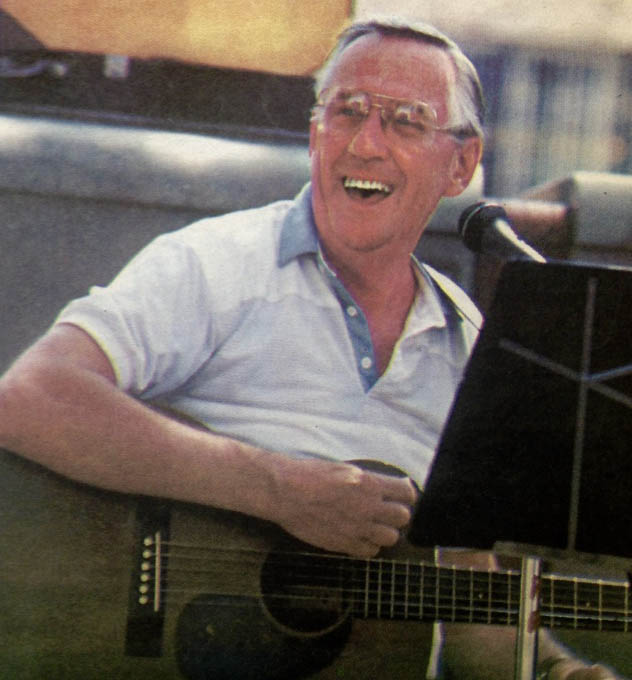 Cassius Edward “Ed” Belcher Jr., 91, of Valley Grove, passed away Wednesday October 6, 2021 in Wheeling Hospital.
He was born May 3, 1930 in Spangler, PA., the son of the late Cassius and Ella Jane (Hogan) Belcher.
Cassius was a retired manager for the former G C Murphy Company ; a member of Bridgeport Eagles #225; American Legion Post #508, Barnesboro, PA; a U. S. Marine Veteran and a Catholic by faith.
Ed was a very talented musician and singer. He enjoyed entertaining thousands of people in the Wheeling/Tri-State area with the group known as Rheumatism Rhythm.
In addition to his parents, he was also preceded in death by a son Brett Edward Belcher.
Surviving are his wife Sylvia (Mokros) Belcher; two daughters Lisa Marie Heckathorn of Warrenton, VA., and Linda Martin (David Bonneau) of Hastings, PA.; a stepson Timothy Litten (Debbie) of Newark, DE; a step daughter Shari Jo Litten of Steubenville, OH; four grandchildren Samantha Walchli (Carter), April Franqueza (Scott) , Scott Heckathorn (Camilla) and Melanie Litten and his faithful companion dog Rusty.
Friends will be received on Tuesday October 12, 2021 from 5-7 pm at Altmeyer Funeral Home, 154 Kruger Street, Elm Grove, Wheeling. Services will be private. Interment at the convenience of the family.

I almost missed the obit-I only knew him as Ed. It was always a good day when Ed came in for an appointment. Great conversations to go along with the work. He seemed like a genuinely great guy and must have brightened a lot of lives with his music group. He will be missed. May God comfort and bless you all.

I will always remember
“Ed” as Mr Wonderful. My heart hurts for Sylvia

I am sorry for your loss, Sylvia., and know you are hurting.

May God rest his soul

My sincere and humble condolences to the family and friends of Ed. Denny Albaugh

May your memories of Cassius Edward Belcher, Jr., give you peace, comfort and strength…