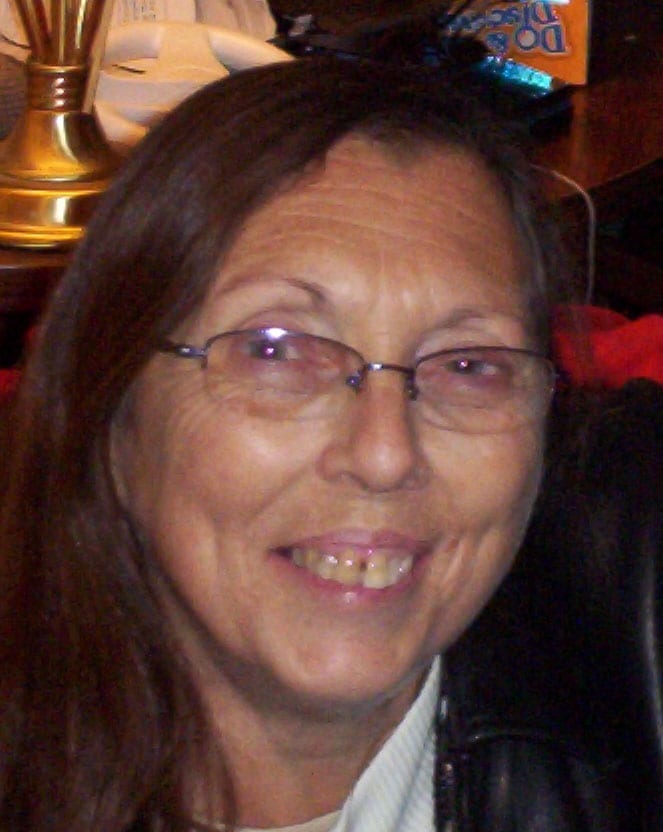 She was born September 13, 1952, in Wheeling, WV. ,the daughter of Mary Louise Pack Fanning of Wheeling and the late Edward L. Fanning Sr.

Charlene was a homemaker, a member of Cathedral of St. Joseph, Wheeling, a member of the Bunco Club and C.H.I.R.P.

In addition to her father, she was also preceded in death by her brother, Edward Fanning Jr., her father-in-law, Albert Harry Swoyer Sr., her mother-in-law, June Swoyer and her sister-in-law, Connie Yocke.

Family and friends will be received on Thursday, May 24, 2018 from 4-8 pm at Altmeyer Funeral Homes, 154 Kruger Street, Elm Grove, Wheeling, where a vigil service will be held at 7:30 pm.  Mass of Christian Burial will be celebrated on Friday May 25, 2018 at 10 am at Cathedral of St. Joseph with Msgr. Rev. Kevin Quirk as celebrant. Inurnment will be at the convenience of the family.

I am so sorry for the loss of your love one. May the God of comfort be with the brokenhearted ones. He gives us a hope and promise that he will soon get rid of all of our pain, tears, mourning, outcries and yes death will be no more. The former things will pass away (Revelation 21 : 3,4).
Please take time and visit a wonderful website at jw.org for more comfort ad strength during this difficult time

I’m so sorry for your loss. Charlene was my best friend . I will never forget the good times we had in school. She was a great person always had a smile on her face. RIP my friend

So sorry for your loss…

All my love to Justin and family! I’m so sorry that I’m not there to hug you all. May Charlene’s memory be a blessing

My sincere and deepest condolences to the family and friends of Charlene. Denny Albaugh

Sorry for your loss ❤️❤️

Charlene was a sweet gentle soul who shared her love with everyone! Peace with her family for their loss! I loved her so!

Prayers for family. I miss you. Love you

She had the biggest heart , never had a mean word about anything or anyone. She will be missed so much. Lord watch over your boys and family.