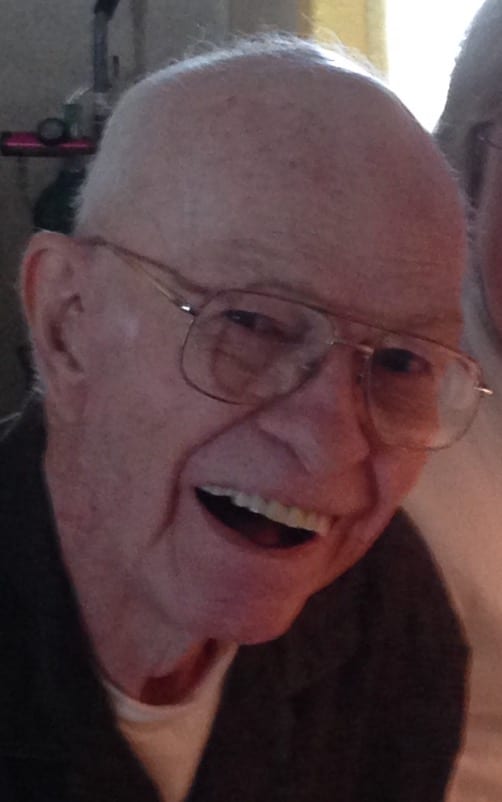 RINE, Charles Arthur, 87, of Moundsville, W.Va., died Monday, January 18, 2016 at OVMC.
He was born March 22, 1928 in Rine’s Ridge, Woodlands, W.Va., a son of the late Jesse C. and Katherine (Heinceroth) Rine. He was a graduate of Moundsville High School and a mail carrier for the U.S. Postal Service for 37 years. Following his retirement with the U.S. Postal service he drove many years for Dr. Anwar’s office in Moundsville. Charles was an active member of the Moundsville Baptist Church for many years and more recently enjoyed attending the Ash Avenue Church of God. He was a U.S. Army veteran who served in the Korean War.
In addition to his parents, he was preceded in death by his first wife, Veda C. (Clegg) Rine, his second wife, Betty (Blake) Rine, four brothers, Floyd Rine, Marion Rine, Roy Rine, and Jesse C. Rine Jr., and three sisters, Lela Workman, Wilma Johnson, and Freda Workman.
He is survived by three step-children, Ruth Ann Anderson, Everett Carmichael, and Cecil Carmichael; one sister, Gladys Ruckman; many nieces and nephews including, Yvonne Gatts, Sharon Reynolds, Marian Jones, Jane Helfer, Kathy Stalnaker, Phillip Rine, Wayne Rine, Jay Rine, David Rine, Marvin Ruckman, Sheldon Ruckman, Calvin Rine, Danny Rine, Paul Rine, Norman Johnson, and Ray Workman; and several great nieces and nephews.
Friends will be received on Thursday, January 21, 2016 from 2-4 & 6-8 pm at the Altmeyer Funeral Home, Lutes & Kirby-Vance Chapels, 118 Grant Avenue, Moundsville, where funeral services will be held on Friday, January 22, 2016 at 2 pm. Interment will follow in Riverview Cemetery.
Online condolences may be expressed to the family at www.altmeyerfuneralhomes.com <https://altmeyerfuneralhomes.com>

I cannot remember a time you were not smiling so I know you are smiling down on us today and always. You will be missed by all that knew you. Until we meet again. Love you.

Charles was such a kind man. Always had a smile on his face anywhere we would see him. I remember when Pastor Vondie Cook announced that Charles would be getting married again. What a fine Christian Man. Love and Prayers to his family and friends. Beth Baker

We have lost one of the most wonderful men I had the pleasure of growing-up with and learning from. Thank you Uncle Charles for all of the summers spent teaching me how to be a kind and gentle person as you were. Please give Aunt Veda my love when you reunite with her! Love Always, you shall now Rest in Peace.

May your memories of Charles Arthur Rine, give you peace, comfort and strength…