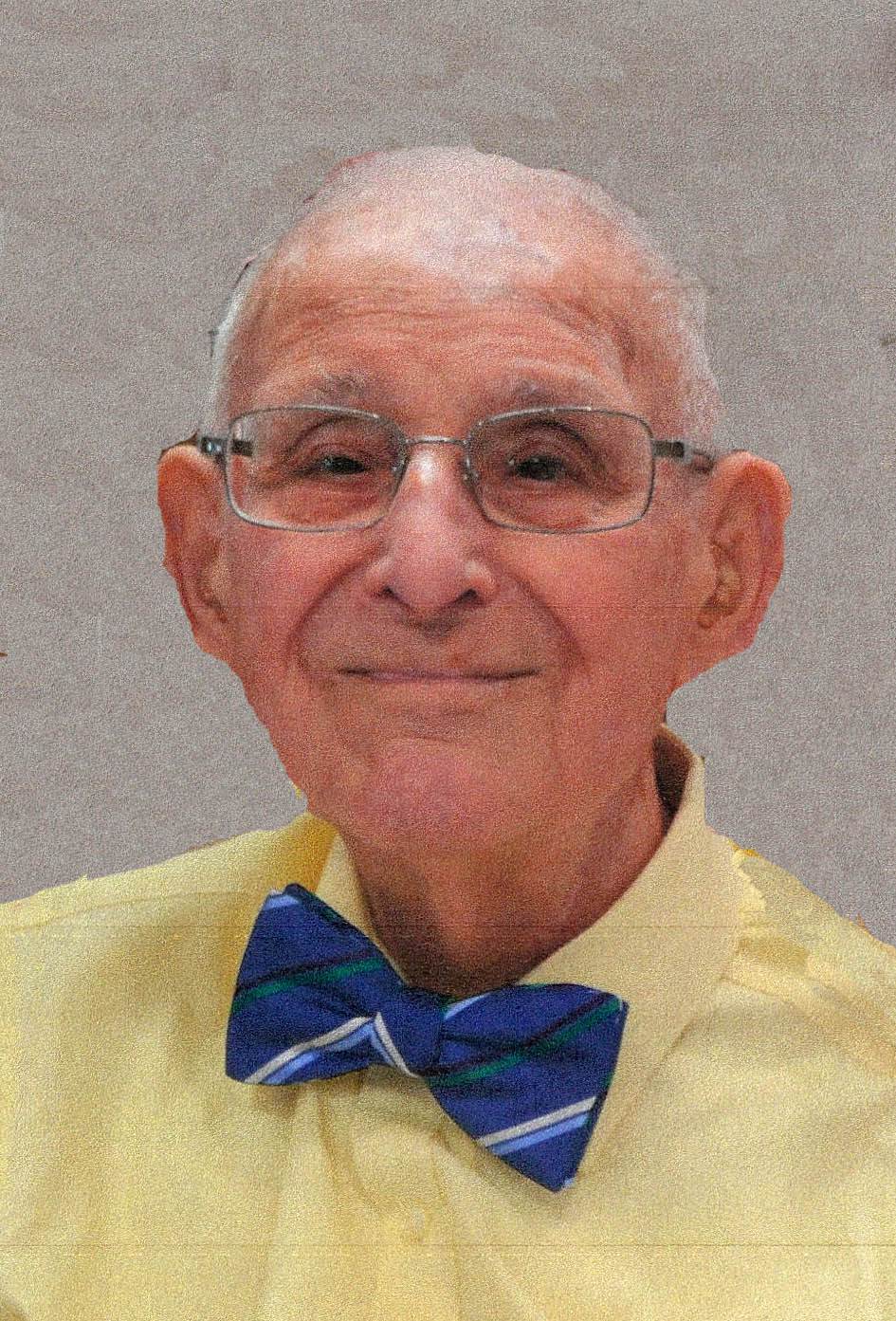 Charles “Charlie” Elbert, 103, of Wheeling passed away Wednesday, January 25, 2017, surrounded by love at Good Shepherd Nursing Home.
He was born April 26, 1913, in Martins Ferry, Ohio, a son of the late Carl and Mame Elbert.
On April 15, 1939, Charlie married the love of his life, Eleanor, at St. Matthew’s Episcopal Church, Wheeling. They raised twin daughters and centered their life around faith, family, good friends and contributing to the community.
Charlie was a member of St. Matthew’s for over 75 years and loved his church family. Charlie started the church’s food pantry in a closet at the church, and in the early days, would drive his van to area grocery stores to pick up food donations. Over the years, the food pantry grew and it is now St. Matthew’s largest outreach ministry. The Charlie’s Closet portion of the Food Pantry’s ministry is named in his honor. Charlie loved the music at St. Matthew’s, and considered it an honor to support the organ fund and the choir.
During WWII, Charlie was a manager in a munitions factory, where he oversaw a team of “Rosie Riveters.” Over a long life, he was also employed by Kroger Company, Weirton Steel, Wheeling Machine Products and Phillips Stamping.
In his later years, one of his daughters gave him a bow tie and they quickly became Charlie’s trademark. Anyone who knew Charlie will miss his warm smile and firm handshake. He made friends wherever he went.
In addition to his parents, Charlie was preceded in death by his beloved wife, Eleanor, his brother, and two sisters.
He is survived by his devoted daughters Judith E. Conkle of Wheeling and Jane Lee Elbert of Richmond, Va; his grandchildren Elizabeth (Donald) Kyser; David (Alyson) Cole; Kathleen (Shawn) Teeter; and Brittany Conkle; and his great-grandchildren, Emily and Meredith Kyser; Shawan Shock and Jacob Cole; and Charlotte and Garrett Cole. Charlie’s grandchildren and great-grandchildren were a source of pride and he enjoyed their visits and hearing about their lives.
The family wishes to thank the staff of Good Shepherd Nursing Home who made Charlie feel so loved in his final years.
Friends will be received on Saturday, January 28, 2017, from 4-7 pm at the Altmeyer Funeral Home, 1400 Eoff Street, Wheeling. A Celebration of Charlie’s life with Holy Eucharist will be held on Sunday, January 29, 2017, at 2 pm, at St. Matthew’s Episcopal Church, 1410 Chapline Street, with the Rev. Frs. Mark E. Seitz and Richard L. Skaggs, concelebrants. Immediately following the service, friends are invited to the Parish Hall for a reception. Committal services and interment will be held privately at Greenwood Cemetery, Wheeling.
Memorial contributions in Charlie’s memory may be made to St. Matthew’s Episcopal Church, 1410 Chapline Street, Wheeling WV 26003 (Click Here), or Good Shepherd Nursing Home, 159 Edgington Lane, Wheeling, WV 26003 (Click Here). Contributions may be made online at www.TMCfunding.com. Online condolences may be offered to the family at www.altmeyerfuneralhomes.com.

I was so sorry to hear that Charlie passed…He was such a wonderful..sweet man! Always thinking of someone else.
I have so many memories of him when I worked at Elmhurst
My deepest sympathies to all the family.
He is with the love of his life!

Dear Family: Please accept my belated condolence for the loss of your loved one. To live to be this age is truly a blessing from God. (Psalm 90:10) Imagine Charlie living “forever”. That is what the Bible promises at Revelation 21:4 because one of the things that will be gone is death and Isaiah 25:8 says that “He (God) will swallow up death forever.” For those who have died, God promises they will be resurrected back to earth under peaceful conditions. Charlie is included in that promise. (Acts 24:15; Psalm 37:11) We can trust God and put all of our faith in him because he does not lie. (Numbers 23:19) To learn the Bible’s answer to the question, “Can the Dead Really Live Again?”, type the following links into your browser to read or listen to the information: tinyurl.com/mezwv23 and tinyurl.com/jyp4yl4.

So sorry to hear about Charlie . Your family are in our prayers. We are in Florida , so can’t be with you but we will be thinking of you. I loved your dad…..so many good memories at Elmhurst.

To Charlies Family….my sincere condolences. I knew Charlie for the past years at Good Shepherd where he always greeted me with a firm handshake and a word of wisdom. Charlie is a “class act”

My sympathies to your family! You can take comfort in great memories for a life well lived. Peace be to you.