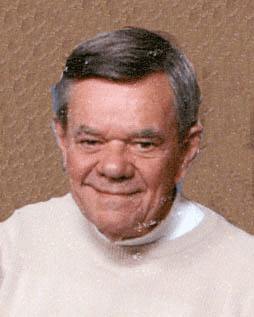 In addition to his parents, he was preceded in death by his grandmother who helped raise him, Stella Yost, one daughter, Jule Ann Romick, one grandson, Chad Anthony Stein, and two brothers, Ernie and James “Buff” Stein.

At Charles request, there will be no visitation. A memorial service will be held at a later date and at the convenience of the family.

Charlie were students at WHS. I think he graduated the year before I did. We did not know one another well in those days. The next time I saw him was when we both were hired by Sylvania Electric in South Wheeling in 1959. I had recently been discharged from the US Navy and he mentioned he had been the US Army.
I haven’t seen him since 1960. Very sorry to hear of his passing. He always came
across as a very sincere and friendly individual.

I love you soooo much DAD! I miss you very very much,and think of you every day.The best dad in the world.And the smartest/best salesman- coach I’ve ever known.
Love, your son, Charles G.Stein.

I recently heard of Charlie’s passing, we were friends for many years, i send my deepest sympathy to his wife Rose & the rest of his family. May he rest in peace, God Bless!

BETTY, I UST LEARNED OF CHARLIES DEATH AND I AM SO SORRY FOR YOUR LOSS. MY TIME GOES WAY BACK WITH CHARLIE FROM THE TIME I FIRST CAME TO ST. CLAIRSVILLE IN 1976. WE HAD LOTS OF FUN TOGETHER AND OF COURSE A FEW DISAGREEMENTS BUT ALWAYS RESPECTED ONE ANOTHER. I ENJOYED MY TIME WITH HIM AND MIGHT ADD HE WAS ALWAYS SO WELL GROOMED.

I am Sorry I did not stay in touch with my Uncle Charlie, we had met at Sonny boys, so I could ask him about my dad, James. We had talked and were suppose to get together again so I could get a picture, but we never did.
Thought and Prayers for the Family.

May your memories of Charles L. Stein, give you peace, comfort and strength…

I am truly sorry for your loss. I’m sure losing someone you love is very difficult, and Charles will be missed. However, comfort can be found at Revelation 21:4 which says, “And he will wipe out every tear from their eyes, and death will be no more, neither will mourning nor outcry nor pain be anymore. The former things have passed away.”

My sincere and deepest condolences to the family and friends of “Tootie”. Denny Albaugh