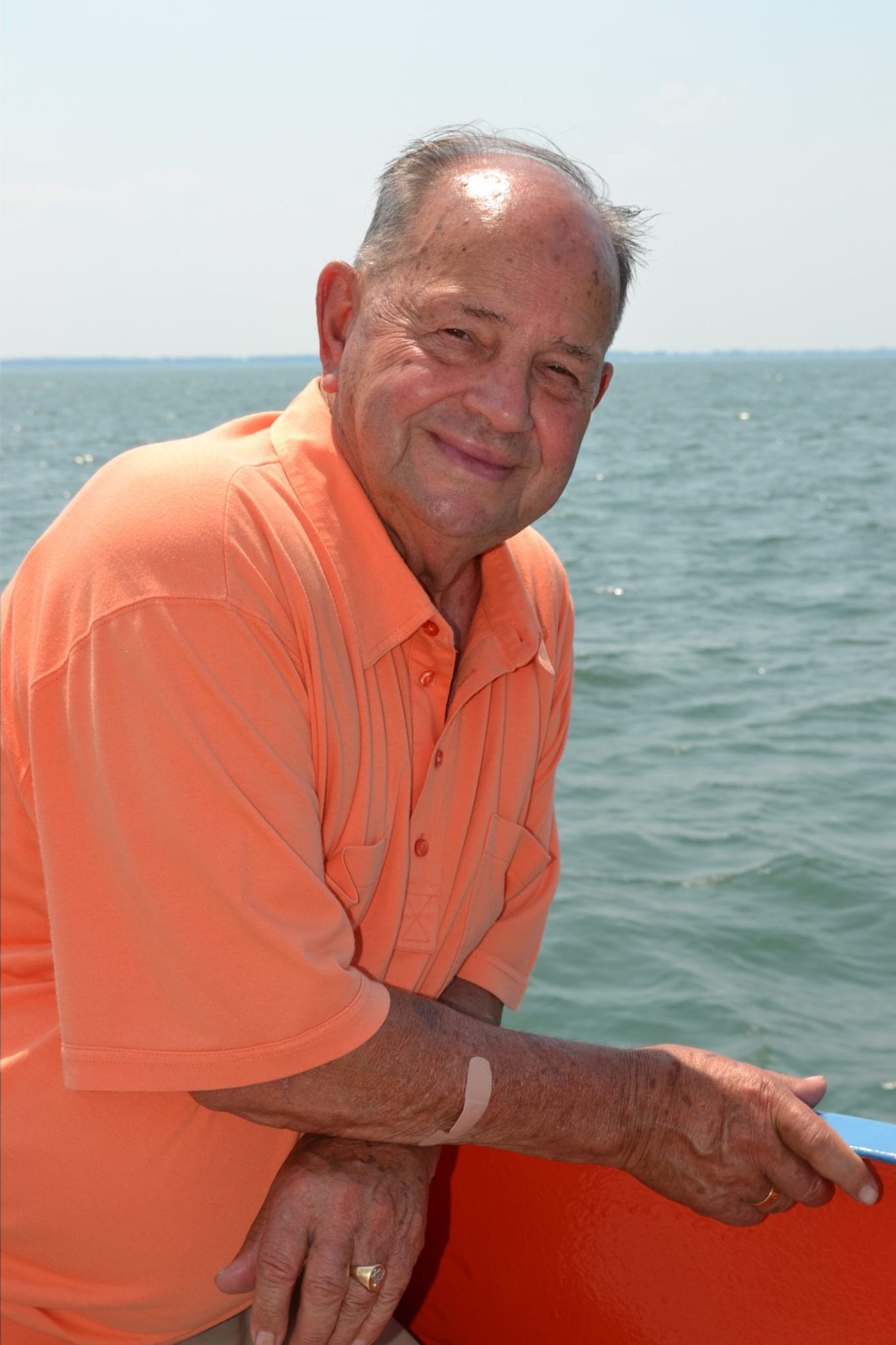 BEECHER, Charles R. (Charlie), 86, of Benwood, WV, passed away peacefully November 28, 2015, surrounded by his family at his daughter’s home in McMechen. He was born February 10, 1929, son of the late Edward D. and Leona (Miller) Beecher. Charlie was a 1947 graduate of Union High School where he excelled at football, basketball and track. He was a Korean War Veteran serving as a MP in the U.S. Army and a 40 year retiree of Wheeling Pittsburgh Steel, Benwood WV. Charlie was a Lutheran by faith; a highly recognized and dedicated 43 year Freemason where he taught Freemasonry with the Union Chapter #1 Royal Arch Masons and Bates Lodge #33 Wheeling; a 32nd Degree with the Wheeling Scottish Rite of Freemasonry; a 42 year member of the El Tor Grotto, Wheeling; the Osiris Shriners in Wheeling; the Fraternal Order of Eagles, Moundsville; and a 41 year member of the American Legion Post #46 in Benwood. Charlie loved the outdoors, gardening, fishing, family trips to Kelley’s Island, and was an avid hunter, specializing in rabbit hunting when he was younger. He enjoyed cooking, wine making, football, basketball, baseball, soccer and wood working. He loved watching his children and grandchildren play various sports. Charlie was a minstrel singer/performer, and once sang for the former WV Governor Arch A. Moore, Jr. at a Memorial Day celebration. He loved entertaining his family with stories of his childhood shenanigans, telling jokes and singing whimsical made up songs.
In addition to his parents, he is preceded in death by his three brothers, Edward, Albert and Raymond Beecher; one sister, Betty Beecher; ex-wife, Mary Margaret “Marge” Quigley Beecher Morris; and one niece, Shirley Beecher Jeffers. Charlie is survived by his four children, Linda Marie (John) Beecher Beckett of Shadyside, OH, Charlotte Beecher Morris Robbins of McMechen, WV, Charles Edward (Darlene) Beecher of Wheeling, WV, and Cynthia K. (Michael) Beecher Morris Becker of Columbus, OH. He was known as “Pap Buck” to his eight grandchildren, John C. (Cathy) Beckett of Shadyside, OH, Heather L. (Stevie) Beckett Destifanes of Shadyside, OH, Ricky A. (Heather) Robbins of Wheeling WV, Jennifer L. (Patrick) Beecher Parento of Union, KY, David M. (Marcie) Robbins of Moundsville, WV, Heath D. Beecher of Cocoa, FL, Cory M. Becker of Wheeling, WV, and Katelyn M. Becker of Columbus, OH; and seven great-grandchildren, Kylee Beckett, Sydnie Destifanes, Korey Beckett and Kenzie Beckett of Shadyside, OH, Crew and Cy Parento of Union, KY, and Carter Robbins of Moundsville, WV. Also surviving are his sister-in-law, Mary Beecher of Moundsville, WV; nephew, Ted Beecher of Moundsville, WV and niece, Jade Jeffers of Moundsville, WV.
Family and friends will be received Tuesday, December 1, 2015 from 11-1pm & 6-8 p.m. at the Altmeyer Funeral Home, Benwood-McMechen Chapel, 214 Marshall St., McMechen, WV where funeral services will be held Wednesday, December 2, 2015 at 11am. Masonic funeral services and military graveside rites will follow at Greenwood Cemetery, 1526 National Road, Wheeling, WV. Memorial contributions may be made to the Masonic Lodge, Wheeling Union Chapter #1 RAM, Wheeling, WV. Online condolences may be offered to the family at www.altmeyer.com.

Charlotte I’m so sorry to hear of your fatheres( daddy’s) passing. There is nothing like the bond between a father and daughter. He was a blessed man to have his children care for him when he needed them. He was also so fortunate to have seen his children grown, grandchildren and to hold his great grand babies. Take comfort in knowing he felt all the love and is smiling down on each of you. You’ll will see him again.

So sorry Charlotte for the passing of your dad! Prayers to you and your family. Judy, Dave & family.

My deepest hear felt sympathy to the Beecher kids, Having been raised with all of you and knowing what a great family you all are your dad is truly going to be missed by all. He was a great person, the best of dads, and loved you all unconditionally! My heart aches for all of you for the loss of your dad! May prayers and loving thoughts comfort you! God Bless!

To the family, my heart and prayers are with you your dad was the greatest and surely will be missed by all. He loved all of you unconditionally, and forever a gentleman! Love and prayers to all of you! God Bless

Chuck & Darlene,
So sorry to hear of your dad’s passing. It’s one of the toughest times to go through. Please accept our condolences.
Joe & Charlene Templin

So sorry Chuck and Darlene. Losing a parent is so tough. God Bless all.

Dear Chuck and Dar,
We are so very sorry for the loss of your father. He sounds like he was a great man that lived a wonderful life. We pray for strength and peace for you and your family as you navigate thru this most difficult time.
With Deepest Sympathy,
RB and Karen

Charlotte, I am so sorry to hear about he passing of you father. Please now that you are in my thoughts and prayers.

May your memories of Charles Richard Beecher, give you peace, comfort and strength…

CHUCKIE,
SORRY ABOUT YOUR DAD. MY THOUGHTS AND SYMPATHY ARE WITH YOU AND YOUR FAMILY