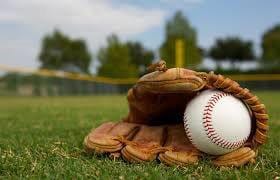 Charles W. “Bill” Allenby, 63, of Wheeling, W.Va., passed away, Tuesday, February 9, 2016, in Columbus, Ohio.
Bill was born October 5, 1952 in Wheeling, a son of the late Donald R. and Mary L. (Mottle) Allenby. He was retired from the former Penn Wheeling Closure; a Catholic by faith; and a graduate of Wheeling Central Catholic High School. He was also an avid sports fan, and served as a coach and mentor for the Wheeling Island Athletic Association for many years.
Bill is survived by his three sons, William E. Allenby, Sr. of Dillonvale, Ohio, Aaron J. Allenby of Wheeling and Troy (Stefanie) Allenby of Wheeling; a brother, Donald R. Allenby, Jr. of Wheeling; two sisters, Debbie (Dwayne) Glaspell of Wheeling and Brenda Allenby of California; two grandchildren, Kaitlyn (Josh) Melko of Moundsville and William E. Allenby, Jr.; and several nieces and nephews.
Friends will be received at the Altmeyer Funeral Home, 1400 Eoff Street, Wheeling, on Sunday, from Noon-3 & 5-8 pm, and on Monday, February 15, 2016, from Noon until time of funeral services at 1 pm, with the Rev. Douglas Ondeck officiating . Interment will be in Greenwood Cemetery, Wheeling.
Memorial contributions may be made to the Wheeling Island Athletic Association. Contributions may be made online at www.tmcfunding.com. Online condolences may be offered to the family at www.altmeyer.com

My sincere condolences to the family of “Bill”. Denny Albaugh

Bill is one of the kindest, honest men I have ever met. I am honored to call him my friend. He helped me through so many life events, both good and bad. . He could always be counted upon to lend a helping hand at a moments notice. RIP Bill. You will missed by so many! Sympathy to his family.

To Bill’s Family:
Sadden to learn of Bill’s passing. Remembering all the good times in east wheeling that we had. RIP Bill
Terry L Gosa
Columbia Sc

So sorry to hear about Billy’s passing. Billy is what I always called him because I’ve known him since the first grade. We also grew up together on the “hill.” He was one of the nicest guys you’d ever want to meet and I remember him always smiling. My sympathy to Don and Billy’s family. RIP Billy