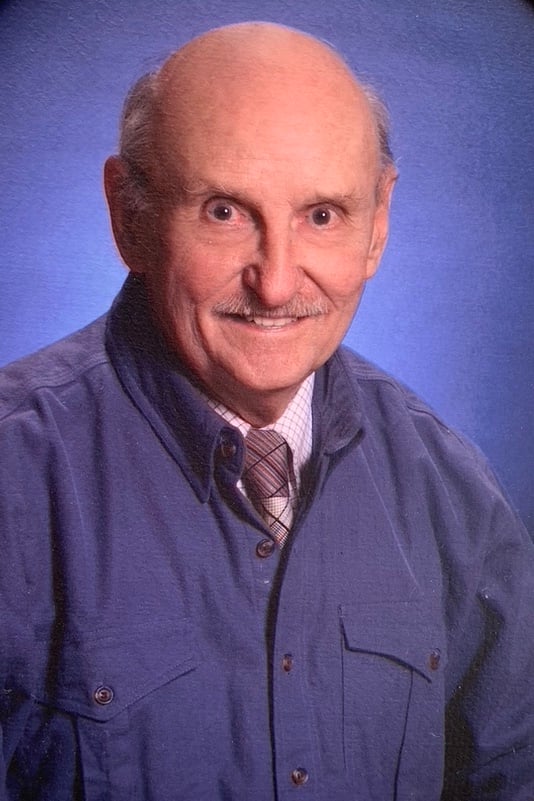 The founder of Brightmont Farm on Walnut Grove Road, Wheeling, he was born in Three Rivers, Massachusetts on May 18, 1930, son of the late Frank and Caroline Giza. He married the love of his life Yueh-hua Chen on June 3, 1961.

He was a member of St. Vincent de Paul Catholic Church in Elm Grove.

He earned his BS and MS in Chemistry at the University of Massachusetts, Amherst (1955, 1958). He did doctoral work in Organic Chemistry first at Yale and then at Notre Dame, where he received his Ph.D. (1968) in the laboratory of Dr. Ernest Eliel. During this time he published several scientific articles in national and international journals.

I remember a wonderfully soft spoken man with many lifetimes of wisdom to share, when I was on trips Alex & Cathy’s home in Culver City. So sorry to hear of Chester (Poppy) ‘s passing. May the angels hasten his trip to heaven and may he rest in peace, reunited with his beloved Yueh-hua . Our thoughts & prayers are with you Alex & Chris, Cathy, Rosanne, Meave, Kas & Vincentat this sad time. From Valerie, John & Michael Sheehan in Castletowshend, Co. Cork.

Dear Dad,
Thank you for teaching me how to live a good life. You were a born teacher, from lecturing students in your Organic Chemistry classes to lecturing/scolding me about hard work as a teenager. And while your ability to teach by talking was robust, you taught me so much more by example. You taught by example through both your successes and failures and all the gray areas life gives us in between. You definitely taught hard work and independence, and lived this in your own life until the very end. And while you believed in self-reliance, you never hesitated to help a person in need. This compassion and generosity is as important now as ever in a family, workplace or community. You showed us that nothing was impossible, for the first college graduate in a family to earn a PhD and become a college professor. You taught us about tolerance and diversity, finding love with our mom from Taiwan, and raising us to understand and be proud of both our Polish and Chinese roots. You taught us to always do our best, not to compare ourselves to others but to strive to our own level of excellence and not be satisfied if we did less than we were capable of. You taught us to persevere, through challenges and hard times, and never give up. And you taught us to care about each other and be good to each other, not just on the nice days, but every day. And in so doing, even the difficult days can become wonderful days. Thank you for a life of wonderful days.
Love,
your son

Dr. Giza was a wonderful man. May God bless all of you during this sad time.

I was so sorry to hear of Chester’s illness and passing. I remember him very well and all the interesting things he had to say. Sending my love to Alex and Chis, Cathy, Roseanne, Maeve, Kaz and Vincent. When I can, I will have a mass said for the happy repose of Chester and Yuah-Hua’s souls. May he rest in peace, Amen. Aunts Mary Noonan

I was sad to read of Dr. Giza’s passing. I was going into my Junior year as a Chemistry major when Dr Giza joined the Wheeling Faculty…It was great to have him on the faculty as he brought an addition skill set to compliment the Faculty in Chemistry at that time. Nothing but good thoughts and memories form his presence . I am sure all who knew him were grateful for the gifts he brought to Wheeling “College”. and the Chemistry Department!

I am fortunate to have had the privilege to know each of you. Just as I miss your Mom, I will miss your Dad. I am happy to have grown-up down the road from your family. I have very much enjoyed the times visiting with each of you and playing on the farm. I miss those days.

I miss the two of you and I wish the best for you and your families.

I have many happy memories of Chester visiting Ireland with the Cathy, Alex, Maeve and Kaz and even once with Chris, Rosanne and Vincent. He was always such an easy visitor to have stay. Another memory I have of Chester is as a grandfather when the grandchildren were young – how he loved the children so much and played with them. May he rest in peace and hopefully he is with his beloved wife Yueh-hua. May he rest in peace. Sending my heartfelt sympathy to Alex and Chris and also to Cathy, Rosanne, Maeve, Kaz and Vincent. With lots of love, Eileen and Alan

Poppy’s memory will always be a blessing. We are grateful for having been included in the family, not as friends, but family. Thank you to Chet and Yueh-hua for serving as defacto grandparents to our Tara and kids. We will miss you dearly.

Poppy’s life story is so rich and full of love. We have always known his commitment to his sons and daughters-in-law, his adoration of his grandchildren, and heard many stories about his love for his late wife. True to his values, Poppy lived an impressive cross-continental, international and intercultural life. The accomplishments of his sons, and their love and loyalty to him, reflect what a treasure Poppy was to this world. We will miss him being a part of Sunday dinners and celebrations with our dearest friends. Our thoughts and hearts are with Alex, Cathy, Kaz and Maeve, Chris, Rosanne, and Vincent as they say goodbye to their loved one.