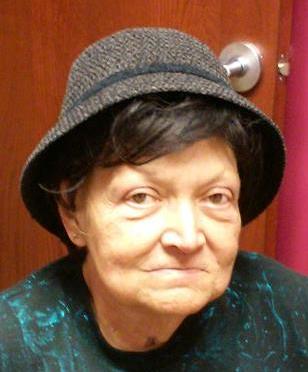 Connie was born August 17, 1949 in Wheeling, a daughter of the late Louis and Betty (Anderson) Kramerick. She was a retired nurse; a Catholic by faith; and a member of the American Dairy Goat Association. She also loved animals; was an avid fan of artist, Frank Clarke; and enjoyed painting and crocheting.

In addition to her parents, was preceded in death by her husband, David Augustine; a son, Louis John Tucker.

Friends will be received at the Altmeyer Funeral Home, 214 Marshall Street, McMechen on Tuesday, February 2, 2016, from 1-3 & 5 pm until time of funeral at 7 pm, with the Rev. That Son Ngoc Nguyen officiating. Online condolences may be offered to the family at www.altmeyer.com.

IN LOVING MEMORY OF CONNIE TUCKER(AUGUSTINE)

we are so sorry for your loss. Connie was a wonderful person. We are always here for you April and your family. You are in our thoughts and prayers . Love Deana & Ray Lockner

Dear Kramerick and Tucker(Augustine)Family, I am so sorry for Connie’s passing. I loved her in so many ways. I am sure we will all miss her together until we meet again. Love you all.

Even though I didn’t know you all that well. I do know that you raised amazing children. My heart goes out to you Audry and your family. May god bless and comfort you in this time of need. Kathy Faber and Family

Audry, May God grant you and your family peace and blessings with the death of your Mom. Bask in the memories.

Though I only met you a few times, you were a wonderful woman. I can see where all your children get there kindness and caring from.
Audry, I am so very sorry for your loss. My thoughts and prayers are with you and your family.

Connie, you had been a friend since we were at St. James grade school and through high school at Union. We lost track of each other for a while, but you got hold of me by phone and it was like we were never apart. I’ll miss talking to you on the phone and watching the Christmas parade on the TV and deciding what float we liked and the horses. I will never forget you! Your West Virginia friend, Darla

Amy, we are so sorry for your family’s loss. From our own experience e your memories will be a great comfort to you and your family. Tom and Debbie Longbons

Audry and family, I am so so sorry to hear of your Mom’s passing, You are all in my thoughts and prayers.
May GOD have you all wrapped in HIS mighty embrace and give you Peace and Comfort.