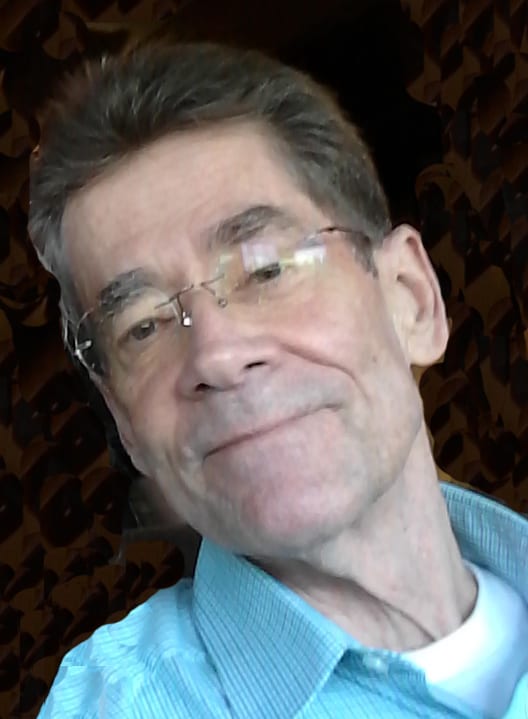 Calvin Wayne Crow Jr., 70, of Moundsville, WV, passed away Sunday, August 26, 2018, at Liza’s Place, Wheeling, WV.
He was born August 5, 1948, in Wheeling, son of the late Calvin Crow Sr. and Delores May (Hall) Crow. He was a1968 graduate of Moundsville High School, attended Wheeling College, now known as Wheeling Jesuit College and WV Northern College, he attended Simpson United Methodist Church, a former employee of Ormet and member of the United Steel Workers local 5724 for over 30 years, avid Pittsburgh Steeler and WVU Mountaineers fan, a US Army Veteran of the Vietnam War, belonging to the 196 Light Infantry Brigade, 8th Infantry Division in Germany and the 1st Airborne Mechanized Brigade with 26 jumps. And the recipient of the Purple Star, two Bronze Stars, National Defense Service Medal, Vietnam Service Medal, and several other badges.
Calvin was very active in many clubs and organizations, member of the VFW Post 437, the Fraternal Order of the Eagles 499, Loyal Order of the Moose Lodge 1087, Disabled American Veterans of the Northern Panhandle, 2018 Founding Sponsor of the National Museum of the US Army, American Legion Post 3 and a member of the US Department of Veterans Affairs.
In addition to his parents, he is preceded in death by two sisters, Patricia Sue Blake and Suzanne Nieman and two brothers, Roy James and Kenneth Lee Crow.
Calvin is survived by his Fiancee, Grace Bonar of Moundsville; two daughters, Briana Crow and Brittany Crow of Moundsville; three grandchildren, Austin Tyler Richmond of Valdosta, GA, Brooke McCracken -Crow of St. Clairsville, OH and Cayden Nicholas Crow of Moundsville; great grandchild, Samuel Boone and Graces four children, Rebecca, Brent, John and Laura.
Friends will be received on Thursday, August 30th from 2-4 and 6-8 pm at Altmeyer Funeral Home, Lutes & Kirby Vance Chapels, 118 Grant Avenue, Moundsville where funeral services will be held at 11am Friday August 31, 2018 with Pastor Dennis Mehaffie officiating.
Interment will follow at a later date in one of our National Military Cemeteries.
There will be a luncheon held at the American Legion Post #3 following the services at the funeral home.
Online condolences may be expressed to the family at www.altmeyerfuneralhomes.com .

I wrote to Calvin when he was in Vietnam. If any of his relatives would like these letters I will send them to them.

Rip Brother, we all will see you soon,

So sorry for your loss.went to school with Calvin.

Dear Family please accept my heartfelt condolences for your recent loss. The Bible tells us at John 6;28,29″- Do not be amazed the hour is coming in which all those in the memorial tombs will hear his voice and come out
Please let God’s word the Bible be of comfort to you in the coming days ahead. For more comforting thoughts go to http://www.jw.org/publications.

Brittany, Briana, Grace and all the family and friends, all my prayers for all of you – May you find peace at this very sad time – Heaven has gained an Angel and every time the sun shines it will be your loved one shining down upon all of you

May your memories of Calvin Wayne Crow, Jr., give you peace, comfort and strength…