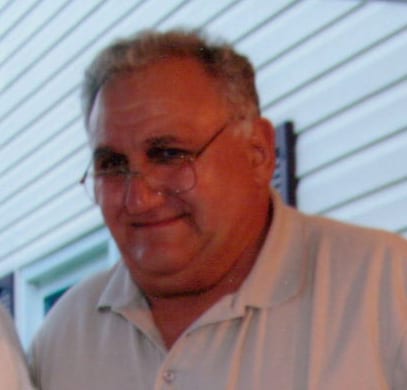 He was born December 29, 1943, in Wheeling W. Va., to the late Michael Frank and Thelma Elaine (Lowe) Ruza. Dannie was a Catholic by faith and a member of St. Francis Xavier Catholic Church. He was a Navy Veteran, upon leaving the Navy, Dannie drove truck across the roads, and retired from Yellow Freight. He was a member of the Limestone Volunteer Fire Department for over 20 years and a member of the Lions Club. Dannie was an avid hunter and fisherman.

In addition to his parents, he is preceded in death by a step-son, Mark Gellner.

Family and friends will be received Monday, October 26, 2015 from 2-4 & 6-8 pm at the Altmeyer Funeral Home Lutes & Kirby-Vance Chapel, 118 Grant Ave., Moundsville, where funeral services will be held, Tuesday, October 27, at 10 am with Fr. That Son Ngoc Nguyen officiating. Interment will take place at Mt. Calvary Cemetery.

Condolences may be offered to the family at www.altmeyer.com.

Went to St. Alphonsus with Dannie. Did not see him all those years. until last years neighborhood reunion in Bethleham when I told him who I was and that we had gone to school together. I will pray for you Mrs. Ruza and family. I am so sorry for your loss.

Very saddened to hear of the death of Dannie, I have fond memories of he and my Aunt Snookie! My prayers go out to you all during this difficult time. God Bless.

So sorry for ur loss sending prayers to the family…

So sorry for your loss. Prayers for all of you….

He took good care of my dad god be with him my dad was Michael. Schiller

I am so sorry for your loss. Prayers of peace for your families.

Ruza family I just heard about Dannie passing and very sadden with the news. Was a great friend to me. My thoughts and prays are with the family. I will always remember him as a very dear friend.

May your memories of Dannie Ruza, Sr., give you peace, comfort and strength…