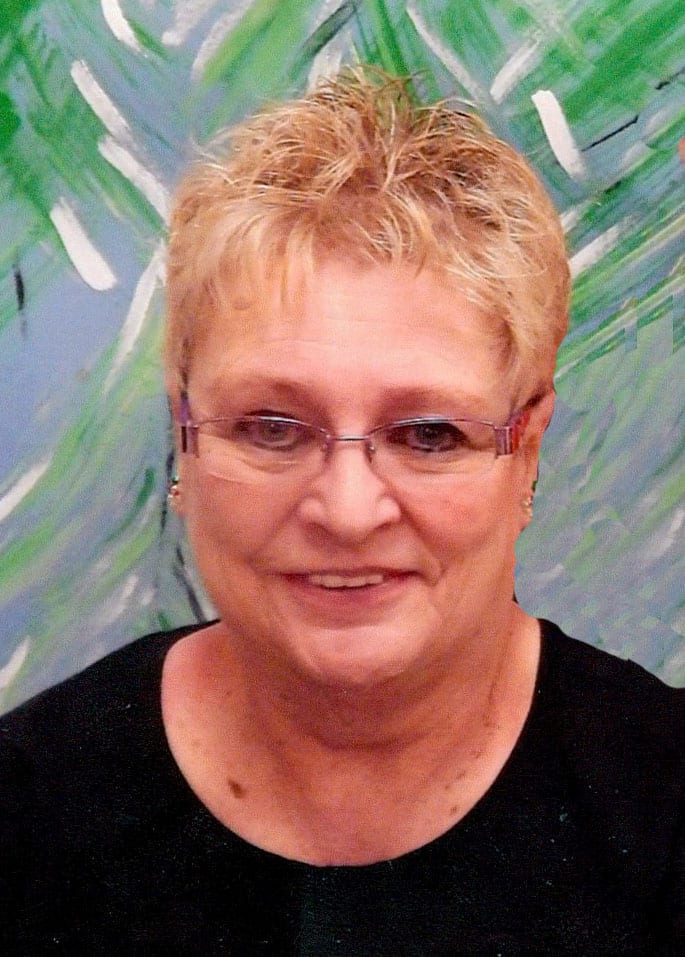 Darla Lynn West Riggle, 69, of Wheeling, passed away on Saturday, October 1, 2016 in her residence.  She was born on December 16, 1946, in Wheeling to the late Lester “Pickles” and Virginia (Glass) West.  Darla was employed by Coleman’s Fish Market for over 27 years.  She was a loving and devoted, wife, mother, grandmother and an avid Green Bay Packers fan.

She was preceded in death by her parents and a sister, Sandra West Stahl.

Friends may call in the Altmeyer Funeral Home, Wheeling Chapel, 1400 Eoff St., Wheeling, WV., Wednesday, October 5th, 2016 from 2-4 and 6-8 pm.  Where funeral services will be held Thursday at 10:30 am with Pastor Paul Schafer of St Mark’s Lutheran Church officiating.  Entombment will follow in Mt Calvary Cemetery.

I will miss you at Colemans. My sympathy to the family, she was a treasure.

Darla will be missed at work. Darla was so kind and a pleasure to work with. We will miss her holiday spirit!

Darla will always be in our hearts at Coleman’s. We will miss you dearly.

You made buying seafood at Coleman’s a pleasure. And you teased me about taking so long to learn your name (I’d never watched “The Little Rascals”. I didn’t know you well but I’ll certainly miss you.

I love and miss you Darla. Your absence puts a hole in all our hearts. Those of us who loved you will never forget you. I am so glad and grateful you were a part of my life!

I love and miss you Darla. You leave a hole in all our hearts with your absence. We who loved you will never forget you! I am go glad and grateful you were a part of my life!

I will always love and miss you Darla. Your absence puts a hole in all our hearts! None of us who loved you so dearly will ever forget you. I am glad you were a part of my life!

Jenny, Todd, Brad & Stephanie – I am so sorry about your Mom, she was a good person, and was always nice to me & my family. My prayers are with you all and may God bring you peace. Love, Aunt Libby

I will miss you,farewell, thank you for your friendship, RIP Darla….(Green Bay Packer&Michigan Wolverine fan)

So sorry for your loss to the family may god be with you all at this time rip Darla.