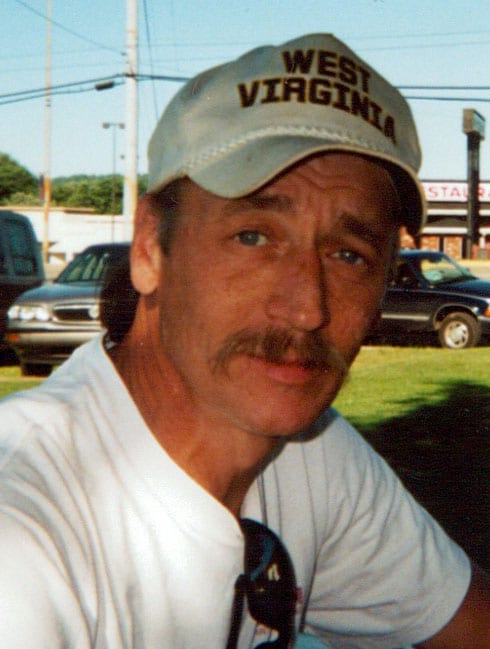 David enjoyed painting for 35 years and also loved working in his garden. He loved to cook, mainly breakfast for his family. He loved to decorate his home for the holidays.  His favorite pastime was coaching fast pitch softball and basketball. After several years he started Father Time’s Player Club Softball Team which was very successful.

In addition to his father, he was preceded in death by his daughter, Brittany Holt, and one sister, Brenda A. Holt.

He was surrounded by family and friends at the time of his passing. He will be missed by all who knew him. He also helped young people get their lives back on track by just being there.

A memorial service will be held on Saturday, September 24, 2016 at 1 pm at the Calvary United Methodist Church, 1601 First Street, Moundsville, with Rev. Gregory L. Blair officiating.

I remember when Dave and several of his brothers and sisters moved to the Moundsville area, when his dad pastored the Washington Lands United Methodist Church. He always had a smile to share, always made the extra effort to say “hello” and greet you, whether in school, on the street, in church, or wherever. He will be missed, no doubt, but now he is at rest with sister Brenda. Gene Jr., Margie and the rest of the family, my thoughts and prayers are with you all. God give you His peace, and the assurance that you will see all your loved ones again one day in God’s home above. My love to you all.

My uncle Dave was always the happiest guy. I remember him always having a smile on his face and it seemed as though nothing ever bothered him.
I looked forward to summer visits to Moundsville to see my family, and especially see him. I knew that when he showed up there were plenty of laughs to be had.
Dave, you will be terribly missed by us. We will never forget your charm and humor. We will carry you in our hearts always! I love you uncle Dave!

TIME IS….TIME WAS…….TIME WILL NEVER BE AGAIN….GOODBYE TO THE “OLD” GUY WITH A BIG HEART.

Dave was by far one of the most amazing people that you would ever meet. I was blessed to have known Dave . He helped me through some of the worst times . You’ll be missed by so many , you touched the lives of everyone you crossed paths with. Prayers to his family

To the Holt Family: I’m not sure you will remember who I am but I have spoke with Rick a few times over the years. Rick worked with my husband’s brother Cam for many years. We played many hours in the yard between our homes on Second St. We had enough kids with the Holt family and neighborhood kids to have our own ballgame. Many nights of tag, volleyball and badmitton too. I have many good memories growing up on Second St. and they include your family. A very loving and caring family. I remember Dave always wanting to play softball or basketball. I would see him walking a lot in town and was always smiling. I am very sorry for your loss. Many prayers and hugs to your family. Jelinda

Sending prayers to family and friends! Father Time was a great guy and friend to many!

I have a bullpen in heaven now rip Dave holt

Players club has a bullpen in heaven now rip dave

Dave was a wonderful man… I had the great honor to know him for three years and marry his Son Jonathan. He welcomed me into his home the first time he ever met me and I have never met anyone like that. The time he met my daughter Riley he instantly treated her like she was his grandchild. She was having a rough transition as it was and he welcomed her with arms wide open. I could never be more grateful for that and neither could she. You will always and forever be her Pappy. Hard Worker he was indeed and so very very stubborn, offered to help him so many times and always said,” I got this”. He use to pick on me every time he seen me and I think of all the things I will miss is the way you use to torment me. Riley, Zachary, Ethan and Aiden love you and miss you so so much. I know you will forever be their guardian angel. You picked a beautiful name for Jon and I’s soon to be daughter Elizabeth Elaine Holt and when she is born I will forever let her know how much her Pappy loved her and I will forever cherish the name you pick out. Fighter in deed you was even till your very last breath. I can’t say enough how thankful and what a privileged it is to be your daughter-in-law your truly an amazing person. I have never in my life met someone who would welcome the whole neighborhood into his home until I met you. To be that friendly and that kind is truly amazing and to be honest the world needs more of that. This world is horrible and we need more people to have that kind of heart you truly had. I am gonna try to live up to whom you where and just be kind to everyone because of all the bad traits you may of had b/c sadly we all have them that was one outstanding trait.. One unique and easy trait if everyone thinks about it,”To be Kind to All”. I love you Dave and you will be missed something terrible but time is everything. It made me realize even more that we never know how long we truly have with a person. Spend time with your families or your friends . Life can be busy and hectic but time is so so short. MAY YOU REST IN PEACE
WITH LOVE, your daughter-in-law
(Diana Holt)

Dave and I went to.JM together .Thete was a whole group of us that hung out and boy the fun we all had. Seen Daves name on here and a while ago and sent a friend request. It was great remembering what we did back then. So much fun. Dave will be very missed. Sending thoughts and prayets to his family. God Bless