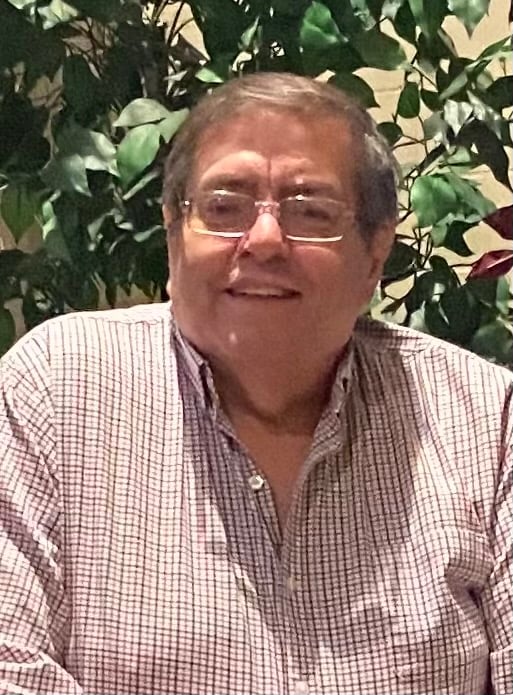 David was born July 12, 1949 in Steubenville, OH, a son of the late Thomas P. and Frances E. (Watson) Cline. He was retired from the former LaBelle Nail Factory, Wheeling and was a member of the New Heart Covenant Christian Center, Martins Ferry, OH. He was an avid reader and woodworker; and cherished his family, especially his grandchildren. A true man of God, he often could be found reading from the Bible. He knew no stranger and could spark up a conversation with anyone that crossed his path.

In accordance with his wishes, David will be cremated. A memorial service will be held at 3 pm, Saturday, December 18, 2021, at the New Heart Covenant Christian Center.

To view the Tribute Video please click on the link below:

Anna I am so sorry to hear about dave…..my dad just told me today…….always loved having you guys as my neighbors for so many years…..he will be truly missed

I know David since I was 8 years old when i turn 13 he was my Sunday school teacher I remember all the funny jokes he had with my grandpa Carney but now i know he up in heaven with God and all the angels and his family and talking up a storm with my grandpa again.
R.I.P Dave prayers and thoughts to the Cline family

Anna and girls, I am so sorry to hear of the passing of you wonderful, husband and Dad. You will all be in my prayers for God’s comfort.

Dear Anna and family, I’m so sorry to hear of David’s passing. You are in my prayers.

So sorry for the family and friends loss. Prayers for everyone that knew David. RIP David.

Uncle David will be truly be missed. He was a great uncle and everyone loved him. We will miss you. Love, Brittani

I am truly sorry for my sister Anna and her family,Dave was a great guy and would do anything for his family,one more thing I will miss your cookies this year RIP DAVE

I remember David working with his father at the ESSO station in Glen Dale. He was a good worker and a fine gentleman. I’m glad I got to know him. Prayers for his family ✝️

I remember David as a young man working at his dad’s gas station. He only lived a few houses from where I grew up. He was so kind at such a young age and he never change in all the years I knew him. To Anna my dear friend my heart goes out to you and your family. Love always Tonya