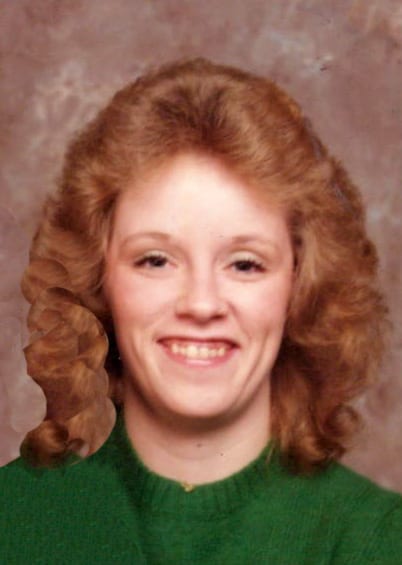 She was born October 31, 1960, in Princeton, NJ, to the late Ray and Wilma Sprowls. Deb graduated from John Marshall High School in 1979. She later attended WV Northern Community College, where she received her Associates in Culinary Arts. She was an avid Steelers fan and loved to wear her Hines Ward shirt every game day.

Deb was really famous for her baking skills. Some of the working wives and mothers may remember her bake goodies she sold from her home to grace their holiday tables. Deb was a cook at Trapers Restaurant, Greens Donuts, until their closing and a short time at Undo’s in Benwood, where she retired from due to her illness.

In addition to her parents, she is preceded in death by one brother, Tommy Sprowls.

Family and friends will be received Friday, February 26, 2016 at the Altmeyer Funeral Home, Benwood-McMechen Chapel, 214 Marshall Street, from 1 pm until time of service at 7 pm, with Fr. Bekeh as celebrant.

Memorial donations may be made to the Juvenile Diabetes Association in C/O www.tmcfunding.com.

So sorry for your loss. You and your family are in thoughts and prayers. God Bless

So sorry for your loss, Debbie was a sweet lady.

I remember Debbie being such a great person. My brother and Larry were friends. So sorry for your loss. She will truly be missed

Debbie was always a good friend. We met in grade school. We were friends all through our school years. She came to Maryland with me in May of 1980 to be my maid of honor. Unfortunately over the years, we lost contact. She will always have a special place in my heart!!! Thoughts and prayers to all of her family. Effie (Tribett) Jones <3 xx

Aunt Debbie….I have many fond childhood memories of her and the kindness and love she showed me. Through time away and distance we may have lost touch, she has always held a place in my heart. My family’s thoughts and prayers go out to yours.

Joey so sorry to hear about your loss, My prayers & thoughts be with you & your family, GOD BLESS YOU ALL, & may Deborah ( RIP ) Take care my friend……….

Always remembered as one if the nicest women I knew

So sorry for the passing of Deb! Prayers goes out to all the family. She is with God now and she is being taken good care of no more suffering. I will keep your family in my prayers!

God is holding her in the palm of his hand. Comfort and prayers to all of you.