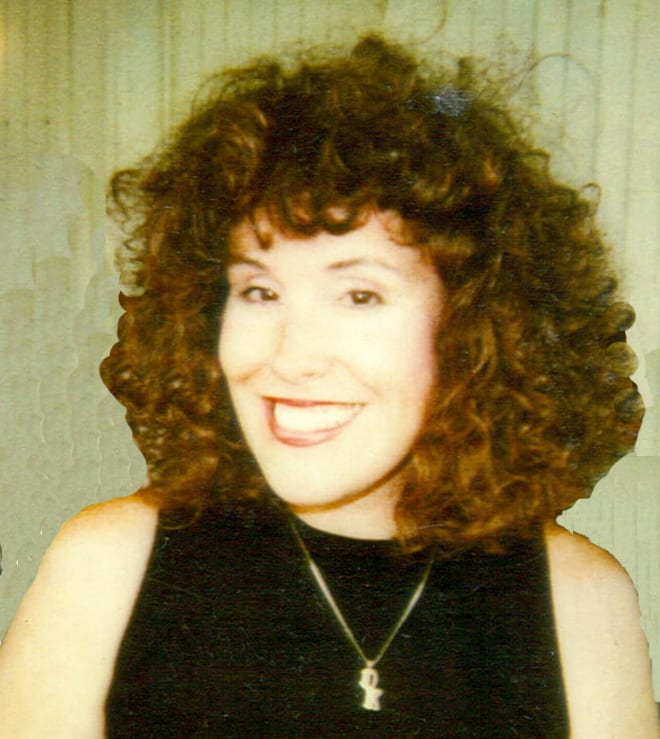 She was born May 3, 1949, to the late C. D.  Houge, and Nathalee Houge in Houston, Texas.  She graduated from Spring Branch High School, and later worked for several Houston area insurance companies, including her last position as claims adjuster at Fireman’s Fund.

Debbie married her husband Chris in 1986, they had two children while living in Houston, and in 1989 relocated to her beloved adopted state of West Virginia.

Debbie enjoyed people, made friends with folks from all walks of life, and if you called Debbie your friend, you indeed had a good one. She was a stay at home mother during her children’s early years, while later transitioning back into the workforce in various occupations including, toy museum tour guide,  and senior living residence cook.  Upon retirement appreciated watching cooking shows, long weekends at camp and talking to her girlfriends on the phone.

Debbie is survived by her loving husband of 29 years, Chris Warsinsky, her daughter Nathalee (Nattie) of Brooklyn, NY, and son Hunter of Pittsburgh, PA.  Along with her brothers Cyle Hogue of Wimberley, Texas, Terry Hogue of Duncanville, Texas, her sister Connie (Morris) Grayson of Childress, Texas.   Nieces include Adria Grayson, and Jenny Hensley of Texas, Hesper Nelson of Pittsburgh, PA, and Savannah Nelson of McMechen.  Nephews include Cody Grayson of Texas, Chris (Kerri) Ferro of Charleston, WV, Brett Ferro of McMechen, and Adam Ferro of Pittsburgh, PA.   Sister-in-laws include Roseann (Mike) Ferro, and Sheila (Mark) Nelson both of McMechen.  Mother and father-in-law include Thomas and Rose Warsinsky, of McMechen.  Best girlfriends include Becky Kessler, Gloria (Britt) Walters, Sherri Matheny and Larkin.

Debbie’s only known regret goes out to Paul and Ringo for slipping in the back door of the 1965 Sam Houston Coliseum Beatle concert.

Upon Debbie’s wishes her ashes are to be spread near the family Middle Island creek camp, and along the Red River in Texas.

Family and friends will be received on Wednesday, Nov. 18, 2015 from 10 am until time of services at 11 am at the Altmeyer Funeral Home, Benwood-McMechen Chapel, 214 Marshall Street, McMechen, services will follow.

Nattie and family, we are so sorry for your loss. Your mom was a great person and will be missed. Robin, Ashley (Doty) Brunner, and Jamie Doty

I am sorry for your loss.
You and your family are in my prayers.

Chris, Nattie, and Hunter, I am so terribly sorry to hear about Debbie. She was a such a friendly, happy, and positive person. I’m so glad I had the opportunity to get to know her at Center McMechen. She will be sadly missed. My prayers are with all of you!

Chris, Nattie and Hunter~~Our thoughts and our prayers are with you during this time. Deb was truly a good person through and through. We are blessed to have known her and she will truly be missed. We have so many fun memories to keep. Hugs from a distance. Shelly, John and JJ

Debra K is how I knew her. She was my sister Gloria’s best friend. I met her when I was very young. She was an amazingly funny person. She was a part of our family we all loved her. Rest in peace Debra K. May God allow our love to follow you to heaven. May your family find comfort in knowing you are no longer suffering and with God our father in heaven. Love you Debra K!!!

Nattie,
I am so extremely sorry for your loss. We are thinking about you and praying for you and your family. Sending you lots of love.
Love, Dom

Debbie was like a sister to me and my sisters. She always made us laugh and was always full of life. She brightened our young lives with tales of good times she had with one of her best friends my sister Gloria. She will be missed but she was loved by many that will keep her memory strong. My prayers go out to all especially her children and Chris, I know she was a great Mom because she always showed my boys a great time on those summer vacations they spent with her and the family. Thank you Debbie for always bieng you.
Love Carol and Joshua Sanchez

Chris, I am so sorry for your loss. My sincere condolences to you and your family.

Deb was a great person to simply be around. Always happy and a super sense of humor. Made you feel at ease in any setting. Her passing will leave a gap in many of our lives.

My condolences to the family.