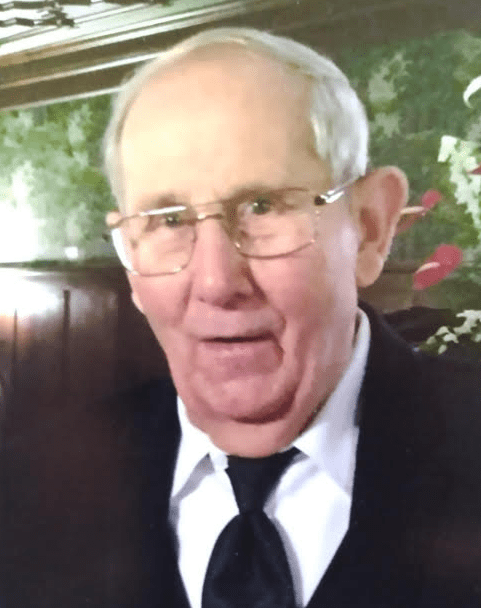 Don Maloney, 87, of Wheeling WV passed away on Sunday, September 26, 2021 from Congestive Heart Failure. Having contracted Rheumatic Fever as a teenager, this disease affected his heart and the doctors said he would be lucky to reach age 30. Fortunately, he did not listen to them and lived a full and long life, but the effects of that disease on his heart had the final say.

Don was a well known and trusted ‘auto parts man’ in Wheeling and the Ohio Valley for more than 70 years, first at Levin Auto Parts, then as co-owner and operator at Seymour Auto Parts for 36 years, working the last 20 years as owner and operator of Don’s Auto Parts along with Bridget. He most enjoyed talking about cars and helping out his friends in car clubs and repair shops when they had a unique or custom auto parts challenge. He also enjoyed his weekday and Sunday morning golf outings.

Don was born on June 22, 1934 in Pittsburgh and was adopted by Charles and Eleanor Maloney as a toddler. As the son of a Naval Officer, he lived in many locations as a young boy, graduating from St. Joseph’s Academy / Wheeling Central Catholic High School in 1953. His first job was working with his father in the parts room of the Packard dealership in downtown Wheeling before venturing out on his own.

In early 1956, when two girls wanted to join the local (all male) car club, Don was ‘elected’ by his fellow male peers to unsuccessfully tell Bridget and Charlotte they could not join the club. After the girls joined the car club, Bridget and Don competed in the club drag racing finals where Bridget won the race and trophy. Following the race, on a challenge from their friends, they switched cars and Bridget won again. Later that year, Don and Bridget (Villanova) were married on October 27, 1956. They have worked together and have both been members in car clubs since that time.

In addition to his business success, Don enjoyed an active role in the St. Michael’s community as a basketball coach. Bridget and Don spent many years organizing, raising money for, and operating the Ohio Valley Girls Basketball Parochial league and tournaments. Don was an avid worker and supporter with the Wheeling Central Band Boosters and Sports Boosters clubs for both his children and grandchildren. For several years he organized and proudly grew the Ohio County Airport Car Show, along with the airport management staff, into one of the largest car cruise events in the valley.

He will be most missed as a loving and supportive husband, father and grandfather to his family.

Due to Bridget’s current health condition, the family will be holding a private ceremony.

Don’s family members would like to extend our thanks, love and appreciation to all of our friends who have helped out, cared for and went the ‘extra mile’ to include Don in all of the car club, golf outings and various events over the years and especially in recent years as his eyesight faded.

In lieu of flowers, memorial contributions in Don and Bridget’s honor can be made to Good Shepherd Nursing Home, 159 Edgington Lane, Wheeling, WV 26003, or online by clicking here.

So sorry for your loss! Prayers for the family

To The Fike & Maloney Families,
So sorry for your loss of a Awesome man. He was always so happy and smiling. He was so helpful with his knowledge of cars. Another CCHS Booster gone❤️.

One of the last TRUE CAR guys in the valley.
R I P my friend.

Mike and family, may the peace of our God rest on you and your family. I remember many times at your home and the loving and funny atmosphere created by your mom and dad. God bless the Maloney family. Kurt Krieger and family.

My condolences to Mrs. Maloney, Janet, Mike, & family. I have wonderful memories of Mr. & Mrs. Maloney as basketball coaches. I would often see Mr. Maloney while running in south Wheeling. Saying prayers.

Don was a great car guy his knowledge will be missed by all is fear heads.Don would do anything for anyone.Bridget and Don founded the wheeling girls parochial basketball league they have of their time even letting us have our league meetings in their home Don was one of a kind the has lost a great human being rest in peace and we will see you at the big car crude in heaven

Bridget and family, my condolences and prayers for all of you. Don was a great man and you guys were wonderful neighbors and helped my mom on many occasions.

Michael, tears are flowing today in our house in memory of your dad. He was such a wonderful man who gave everything to everyone else. We will always remember his sense of humor and great stories. He worked hard and never met a stranger. We are so glad we got a chance to catch up with you both this past June at the steak fry. We will miss him for sure. God bless you and your family.

So sorry for your loss! Prayers for the family!