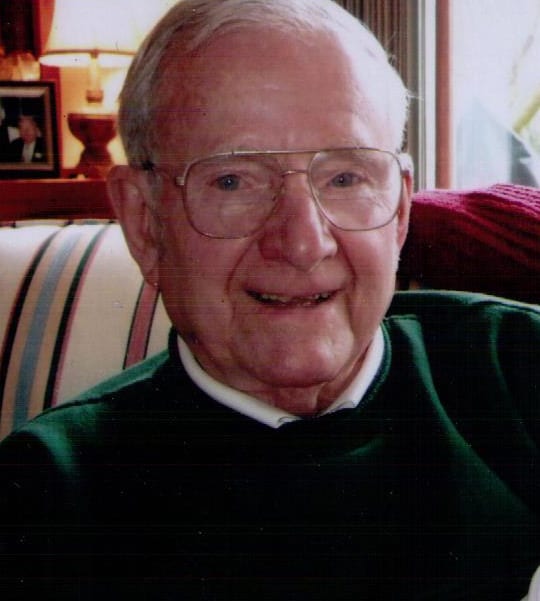 Donald Lee Stewart, 86, of Glen Dale, WV, passed away Tuesday, September 1, 2015 at Bishop Hodges Continuous Care Center, Wheeling, WV.
He was born March 18, 1929, in McMechen, WV, son of the late Harold and Virginia (Kerns) Stewart.
Donald was a U.S. Army Veteran of the Korean War Conflict. He was employed by Louis Marx Toy and Philips Stamping where he was a tool and dye maker by trade. Donald then furthered his education and retired from Marshall County Schools as a Vocational Education Instructor. During retirement he was employed by Altmeyer Funeral Home as a handy man.
In addition to his parents, he is preceded in death by his beloved wife, Inez (Campa) Stewart and his two brothers Albert E and George E. Stewart.
Donald is survived by his daughter Debra Stewart Peabody and her husband Gary Allen Peabody of Charlotte, NC. He is also survived by two grandsons: Ryan Seth Peabody and wife Traci, Reece Scott Peabody and wife Becky. Donald also leaves four great-grandchildren: Ryan Thomas Peabody, Reece Matthew Peabody, Camden Stewart Peabody and Riley Rebecca Peabody all of Charlotte, NC.
Friends and family will be received Tuesday, September 8, 2015, from 11am until the time of service at 1pm at Altmeyer Funeral Home, Lutes & Kirby Vance Chapels, 118 Grant Avenue, Moundsville, with Pastor John Morrison officiating. Interment will follow at Riverview Cemetery, Moundsville.
Memorial contributions may be made to the Glen Dale Fire Department, P.O. Box 25, Glen Dale, WV 26038 or to the Arthritis Foundation at 790 Holiday Drive, Pittsburgh, PA 15220.
Condolences may be offered to the family online at www.altmeyer.com

So sorry to hear of the passing of your Father! We were in the same room at Wheeling Hospital for a few days last month! May God Bless you and your family and I know Don is now without pain in the arms of our Lord!!!!!!!!! God Bless you all and may Don RIP.

May your memories of Donald Lee Stewart, give you peace, comfort and strength…