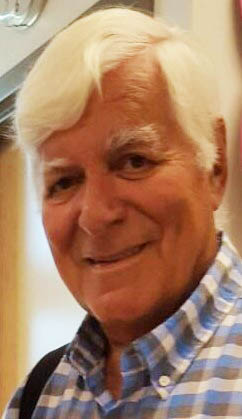 He was born on April 28, 1946 and was the son of the late Wilbert and Ernestine (King) Meyers.

Donald was a Veteran of the United States Navy, he was previously a Cub Master and Scout Master of Pack and Troop 79, he was awarded the Silver Beaver award, was a lifetime member of Order of the Arrow, and he was a part-time caretaker at Sandscrest Scout Reservation. Most of all Donald loved spending time with his grandchildren.

He is survived by his beloved wife of 44 years, Judith McCartney Meyers; three children, Robin Meyers of Moundsville, WV, Donavan Meyers of Moundsville, WV, and Michael (Janna) Meyers of Kenova, WV; five grandchildren, Devon (Madeline), Ella, Quinn, Zacara, and Connor; one sister Charlotte (Bill) Klotter of Gainsville GA; brother-in-law, Greg (Barb) McCartney of Glen Easton, WV; and several nieces and nephews.
In addition to his parents, he is preceded in death by his sister and brother-in-law, Theresa and Tom Gouldsberry and his brother-in-law and sister-in- law, Mark and Bridget McCartney.
Friends will be received on Tuesday, December 7, 2021, from 4pm until time of services at 6pm at Altmeyer Funeral Home, Lutes & Kirby Vance Chapels, 118 Grant Avenue, Moundsville, WV 26041. Private interment will be held at the convenience of the family.
7 Condolences
Inline Feedbacks
View all condolences
Carol Connor

So very sorry Judy for your loss.

Judy and family, so sorry for your loss, thoughts, and prayers are with you and your family.

May your memories of Donald R. Meyers, give you peace, comfort and strength…

Don and I worked together North American Coal Co. He was always trying to keep me out of trouble. It was a challenging job! I introduced he and his wife and I would say that was a great match! He was one of the best men I had ever met. He worked hard and was very loyal to his friends and family.

Judy and family, we were so sorry to hear of Don’s passing. We are keeping the family in our thoughts and prayers.

Sorry for your loss everyone will miss Don Everyone take care

Don was a nice and caring man. Had a lot of knowledge about everything and most of all was a very hard-working man. He sure likes to mow grass and take care of their flowers he sure will be mussed.