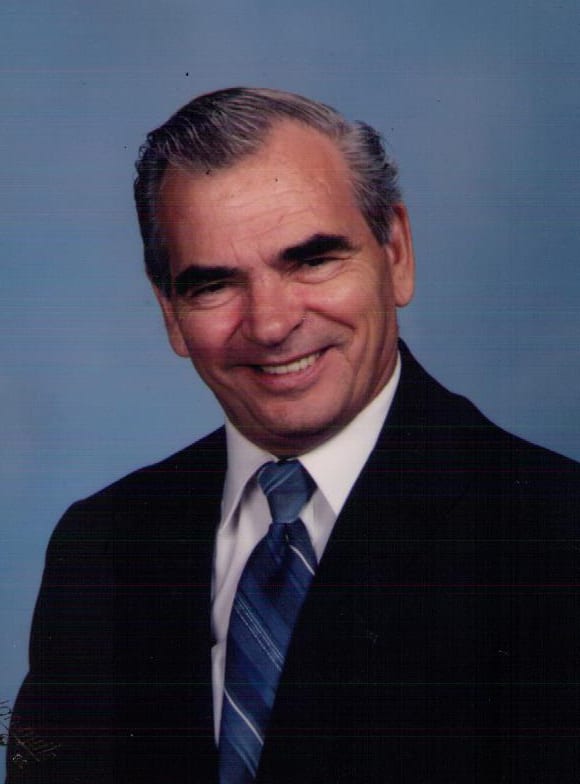 Donald Theodore Carpenter Sr. 88, of Moundsville, WV, passed away Saturday, September 3, 2016 at Genesis Health Care, New Martinsville, WV.
Born in Birthmaine, PA on June 19, 1928, Donald was the son of the late Roy and Mary Emma (Ryan) Carpenter.
Donald was a retired Operator for Allied Chemical/ LCP Chemical, a US Navy WWII Veteran, member of the American Legion- State Post 200, VFW and DAV of New Martinsville, WV.
In addition to his parents, Donald was preceded in death by his son, Roy Carpenter; brother, Rex Carpenter and grandson, Rex carpenter.
Surviving are his wife of 63 years, Waveline E.( Longwell) Carpenter of Moundsville; two sons, Rex T. Carpenter and Donald T. “Ted” Carpenter, Jr.both of Moundsville; two daughters, Ginger Kuhen of Shadyside, OH and April (Rob) Brock of St. Clairsville, OH; brother, Robert (Helen) Carpenter of Moundsville and several grandchildren and great grandchildren.
Friends will be received at the Altmeyer Funeral Home, Lutes& Kirby Vance Chapels, 118 Grant Avenue, Moundsville on Tuesday, September 6, 2016 from 6 pm -9pm and again on Wednesday, September 7, 2016 from 10am until the time of service at 11am.
Interment will follow at Limestone Cemetery, Moundsville.
Online condolences may be expressed to the family at www.altmeyerfuneralhomes.com

May your memories of Donald T. Carpenter, Sr., give you peace, comfort and strength…

Thinking of you at this time. Wish we could be there with you. Love to each of you, give Aunt Wave a big hug from me.