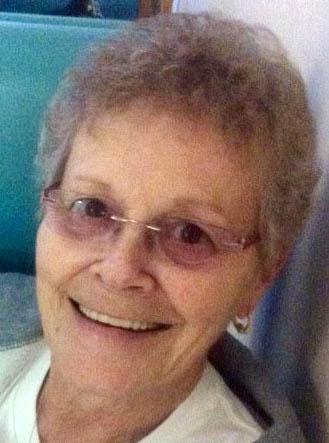 Dorothy Lou (Williams) Meyers, 75, of McMechen passed away at Wheeling Hospital surrounded by her family and loved ones on Feb 15th 2022.

Born on December 2nd, 1946, Dorothy is the daughter of the late Thomas Williams Sr. and Clara Belle Williams of Wheeling.

In addition to her parents, Dorothy was preceded in death by her loving husband, Carl P.L. Meyers, of McMechen; her brother Thomas Williams Jr., of McMechen; her Brother-in-Law Robert C. Meigh, of Glen Dale; and great-nephew Alex Meigh of Woodsfield.

After graduating from Wheeling High School in 1964, she and her twin sister Doris (Williams) Meigh worked at Continental Can in Wheeling. She met her late husband and married on October 23, 1971, and the pair had two beautiful and successful daughters, Carla (Meyers) Harris, a Registered Nurse at East Ohio Regional Hospital, and Candi Meyers, an Active Duty Coastguardsmen stationed in Washington DC. After a long career at Tri-State Machine, Carl retired in 1997. Dorothy decided he was at home way too much and realized she needed to get out of the house. She became employed at Oglebay Resort, where she worked with some amazing people who became life-long best friends, to include Patty White and Diane Gamble. She retired from Oglebay in 2013. After the passing of her beloved husband in 2017, Dorothy was able to find love again in long-time family friend Richard “Dick” Conway, who loved and cherished her dearly.

She was a beloved wife, mother, sister, daughter, and grandma, who will be incredibly missed by all who had the pleasure of knowing her. One of her especially cherished roles was that of Grandma. On November 29th of 2011, her daughter Carla gave birth to Bowen Riley Harris, her first grandson, and boy did that kid bring out the youth in her, and she surely spoiled him rotten.

Dorothy was also a great friend, and always the life of the party. She will be dearly missed by all of her friends at Embers Lounge, and her best friend Patty Warble, who was more like a sister than friend. An avid animal lover, she also deeply cherished the dogs and cats that were in her care; Oreo, Koa, Alfie, and Rosie.

Friends and family will be received on Friday, February 25, 2022 from 5-8 pm at Altmeyer Funeral Home, Benwood-McMechen Chapel, 214 Marshall Street, McMechen. Services will be held on Saturday February 26, 2022 at 11 am with Dr. Rev. Mitch Johnston officiating. All are welcome! Interment will be held at the convenience of the family.

I A glad to have known Dot& Doris and SAD About Dot’s sudden passing . PraYers to the family . MAY SHE REST IN peace

SD that Dot passed away suddenly,she was a good woman ,as well as her twin is. I enjoyed seeing them together @ Ember’s where i met them . May she R.I.P.

Our hearts and prayers are with you today during this time. Losing your mom and best friend is very difficult. Love ❤️ you Sallie and Jim HUGS!

My deepest condolences to the Meyers family Dorothy will be missed by all who knew her I worked with her at Oglebay park I remember when she started I couldn’t remember her name and I used to call her Martha and she would say my name is Dot no you are Martha to me.I could go on and on but I just wanted to say she was a very good lady and Im sure glad I meet her. Your RIP Martha and many prayers to the Family

I grew up with Dorothy and Doris. I till this day think of them but have always know they were out there somewhere having a wonder for life as they always enjoyed life. We danced in their living room and bugged their mom. I am sorry for your loss, and she will always be in my heart. Tell Dorishi from Linda West Craig.

Carla and Candi so sorry on the loss of your Mom she was a good person prayers to the rest of the family You all are in our thoughts and prayers. Karen Creek and Family

I worked with Dorothy at Oglebay. She was such a nice person. So sorry. She will be missed

I worked with Dorothy (AKA Dot) at Oglebay. She was a sweet person who I considered a friend. Sorry to hear of her passing. She will be missed.

a memory of me and dot and diane putting ballons under our blouse at work we were haveing fun ,i miss talking to her and playing word game on the internet a great lady and my condolence to her family

Carla and Candi, I am so sorry for your loss. It is very difficult to lose your mother. We had so many fun times at camp. Dorothy loved her games. She will always have a special place in my heart.