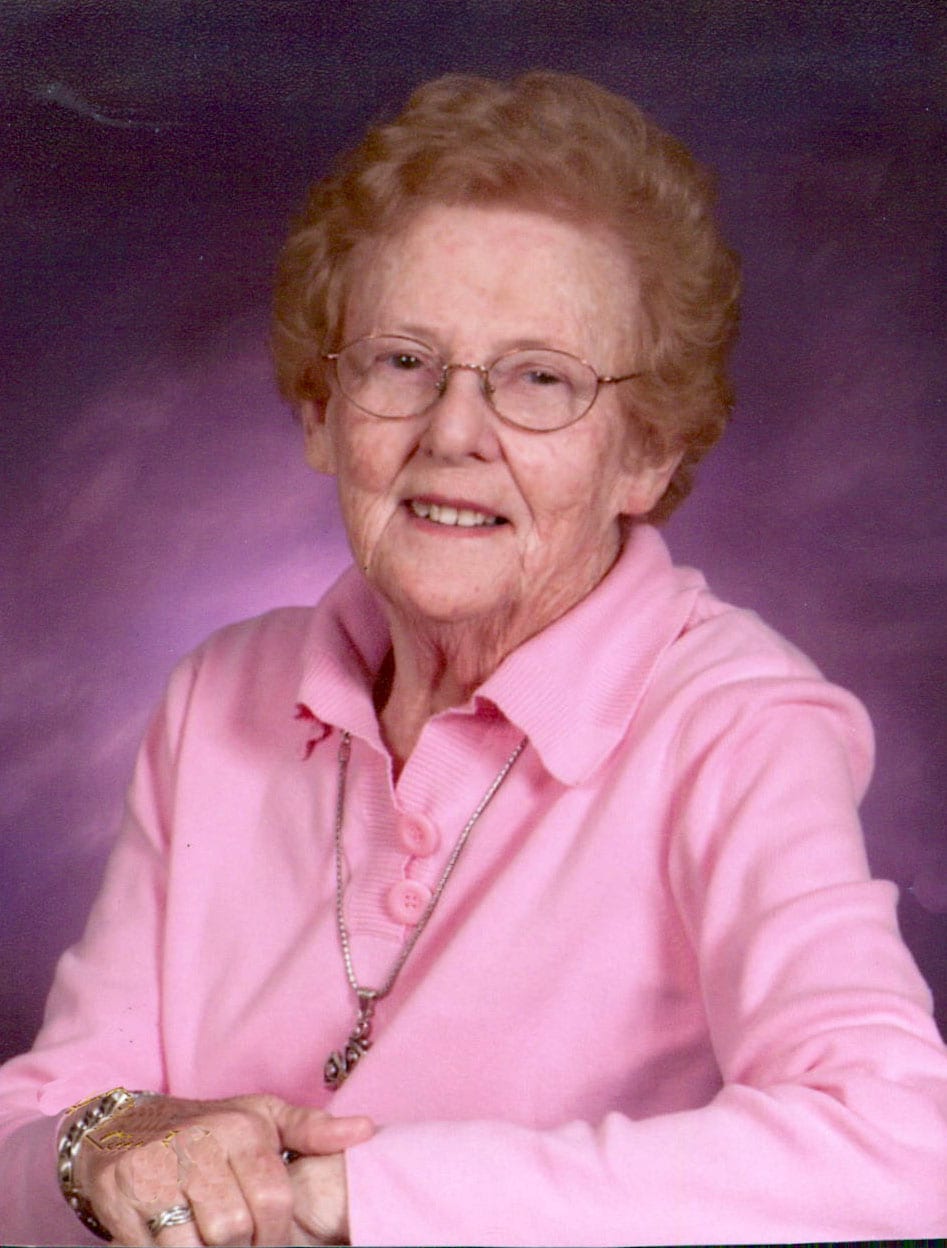 Dorothy Mae Grubler, 89, of Wheeling, passed away on Saturday, May 28, 2016 in Wheeling Hospital.  She was born on February 26, 1927, in Brookside, Oh a daughter of the late, Edward M. and Marie (Carney) Culley.  Dorothy graduated from St Joseph Academy in 1945, married William R. Gruber on July 16, 1949, was a member of St. Michaels Catholic Church, Catholic Mothers and was a Eucharistic Minister for the sick.

In addition to her parents she was preceded in death by her siblings, Edward A. and Betty Culley, Marie Ann and Dr. Garrett Craft and a son-in-law, Jerry Schmitt.

Friends will be received Sunday, May 29, 2016 at the Altmeyer Funeral Home, Elm Grove Chapel, 154 Kruger St., Wheeling  from 2-4 and 6-8 pm with a Vigil Service being held at 3:30 pm.  Mass of Christian Burial will be held at 11 am, Monday, May 30, 2016 at St. Michael Catholic Church with Msgr. Jeremiah McSweeney as celebrant.  Burial will follow in Mt Calvary Cemetery.

We just heard of your wife’s passing. You have our deepest sympathy. Please take care of yourself.

Holly,
So sorry to hear about your Mom. Take Care.

I will always remember her laugh and the joy she brought to the family.

Bill I am so sorry to hear of your loss. You are in our thoughts and prayers. May she rest in peace.

Jeanne, I was so sorry to hear about the death of your mom. She was a very sweet lady, and I adored her laugh. You have my condolences.

Dear Rusty & family,
We are so very sorry to learn of your dear mother’s passing. May your pleasant memories and your faith be a comfort to you in this difficult time. Our thoughts and prayers will be with you. ” Earth has no sorrow that heaven cannot heal.”
Chuck & Patty Wylie

I am so sorry to hear of Dorothy’s passing. We shared many a laugh, some tears and a whole lot of mamories with each other. I will always fondly remember her.