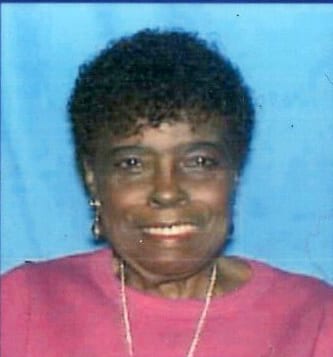 prayers for all the family and may she RIP… so sorry Dorothy was such a wonderful person. I met her years ago at stone & Thomas (salon) I did her nails …she always had a smile

I am so deeply sorry ….Dorothy was such a wonderful and kind person so glad I was able to meet her. she always had a smile…..years and years ago I met her at the salon in stone and Thomas in wheeling I was her nail lady at the time as she called me….prayers for all the family and may she RIP

I was so sorry to learn of Dorothy’s passing. I worked with her for several years and she was truly a very kind and considerate person and she cared about the people she served. May God keep you in His care and continue to bless you in the days ahead.

To the family of Dorothy Redmond. My thoughts and prayers are with you as you walk through the valley of the shadow of death. Be strong because God has Dorothy resting in His arms. I worked with her at the SSA office in Wheeling WVA and I live in North Chesterfield VA at the present time.

Dear Willie and family, sending heartfelt sympathy and keeping you in prayer as you say good bye to your mom. She was a wonderful friend to my parents and always so kind and gracious .
Shelly Biggs

The loss of a dear love one in death, is a painful and difficult time, because death seem so final. Happily, death does not end it all. May You take much comfort from the words of our Lord Jesus Christ when hes said “do not marvel at this, because the hour is coming in which all those in the memorial tombs (graves) will hear his voice and come out.” John 5:28, 29. Yes, Jesus promise that millions now dead will live again on earth in paradise, when God”‘s will is done on earth as it is in heaven. (Luke 23:43; Mathew 6:10).

The Family of Dorothy Redmond,
You have my deepest condolences. Miss Dorothy will be greatly missed – such precious memories. I remain prayerful for you during this most difficult time.
Love, Valerie Biggs-Hill

Willie,My sincere condolences to you and your family for the loss of such a gracious lady. Your Mother has always been a very caring friend of our family and she was loved deeply.God Bless your family.

OUR SINCERE CONDOLENCES TO JOYCE CHAMBERS AND FAMILY OF MRS. REDMOND.

Willie: My sincere and deepest condolences to you and your entire family for the loss of your wonderful Mother. Denny Albaugh