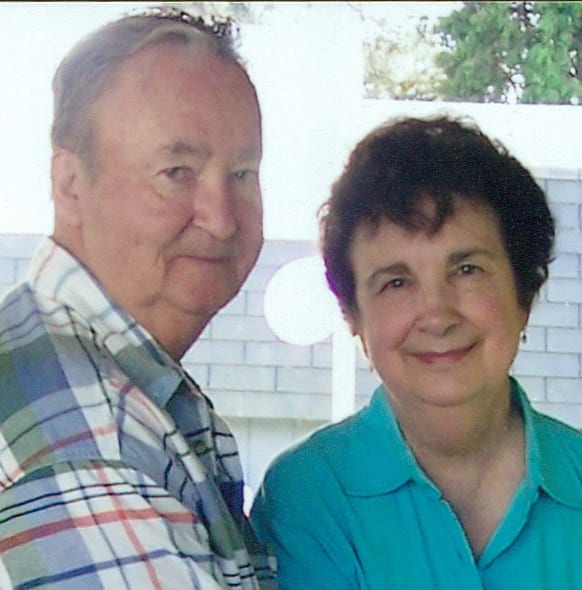 Dorothy “Dottie’ Jean Henry, 81, formerly of Powhatan Point, OH, died peacefully at Genesis New Martinsville Nursing Home, Thursday, September 13, 2018.
Dottie was a former cook for John Marshall High School. She was active in her church throughout her life. Thru her love of music, she taught the children’s choir for years, then later in life she would gather the children around her for children messages. Her most cherished “profession” was being known as “Sunflower” the clown. As Sunflower she visited nursing homes, children’s homes, and local hospitals. She was a popular face painter and balloon lady at many events, but especially loved doing children’s birthday parties. She and her husband Pete were frequently seen in his vintage fire truck for holiday parades and Bikers for Santa.
In addition to her mother, Erma, Dottie was proceeded in death by her loving husband of 56 years, Pete (Loyd) Henry, a beloved friend “Dot the Clown” Dorothy Pearson, and most recently her loyal companion, her dog Pepper.
Dottie is survived by her children; Kathy (John) Jura, Crystal (Wayne) Daugherty, Jennifer Henry, and David (Kathy) Henry; grandchildren include Laura (Greigh) Richardson, Michael (Melissa) Jura, Lindsay Jura, John (Tequila) Ruckman, Jenny Ruckman, Marshall and Lindsay Jobes; great grandchildren, Wesley, Maggie, Braydn, Ryder, Landyn, and JeyLeigh; brother-in-law, Ted (Jamie) Henry; three nephews, Brad, Scott and Craig; cousins, Nancy Hall and Brenda Robbins; she also leaves behind her furry friend, Leah.
The family would like to express their sincere appreciation to those special people who made Mom’s last year possible. The Amedysis Hospice folks, Ohio and WV, especially Nurse Ashley, WVU, RMH, and most of all The Genesis New Martinsville Nursing Center who treated our mother like their very own.
A Celebration of Life will be held at Glen Dale United Methodist Church on Saturday, September 22, 2018 with visitation beginning at 10:00 am until time of service at 1:00 pm, with Rev. John Morrison officiating. Lunch will follow in the church hall.
Memorial contributions may be made to the charity of the donor’s choice.
Arrangements by the Altmeyer Funeral Home 1400 Eoff St., Wheeling, WV 26003.

Prayers for the family

My condolence for the loss of your mom, I didn’t know Dottie very well but have read a lot of very nice stories and comments about her…..Prayers and may she rest in peace….

So sorry for your loss.. Dottie was a wonderful person who brought joy to all as sunflower. She will be missed.

Our deepest sympathy to Kathy and her family. Dottie was a wonderful woman who brought love and joy to all she knew. May God wrap you in His arms as you mourn your loss but joy in knowing she is now while in heaven. We love you!!

Deepest condolences to all of you ,Dottie was a dear friend who will be missed,take comfort in knowing she is back with Pete .

Sending love and prayers to each and everyone of you on the loss of your beloved mother, Dottie. You were all blessed to have such amazing parents who shared their whole life of love with you. Cherishing your many wonderful memories will hopefully help you in the next few days. May God bless all of you