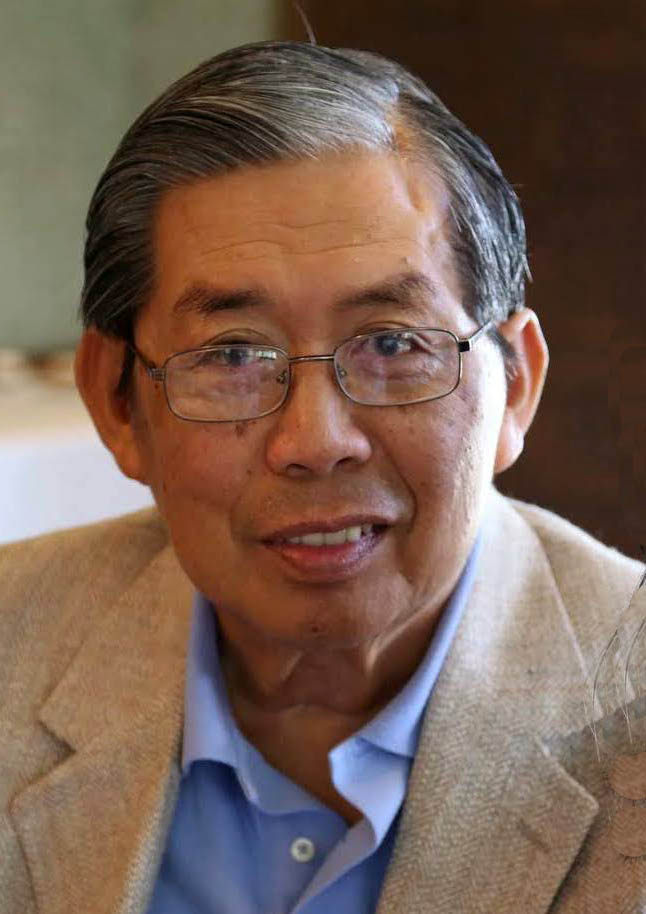 Dr. Edwin B. Angulo, 77, of Wheeling, WV passed on Thursday, May 12, 2022. He was born in Gumaca, Quezon in the Philippines to the late Dr. Cesar Angulo and Rafaela Borruel.

Shortly after he graduated from medical school at the University of Santo Tomas, Dr. Angulo came to the United States, eventually settling at Morgantown where he completed his medical residency at West Virginia University.

His life was characterized by his two loves – his love for his family and being a doctor.

Dr. Angulo married the love of his life, Editha Malabanan. From Morgantown and Wheeling to Philadelphia and Yonkers, their life together eventually brought them to Moundsville where he worked as an anesthesiologist first at Reynolds Memorial Hospital and then at Anwar Eye Center. Dr. Angulo would go on to build one of the first pain management practices in the Ohio Valley.

He loved Moundsville and the life he built there. Dr. Angulo’s neighbors and colleagues at Reynolds quickly became members of his extended family. Many would become regulars at Angulo Christmas and family parties. He loved the tight-knit Filipino medical community in the Ohio Valley who welcomed the Angulo family with open arms. Many of the members would become his lifelong friends.

When he wasn’t working, he enjoyed growing vegetables in his backyard garden and dancing with his wife.

Dr. Angulo was a parishioner at St. Francis Xavier. He was a big believer in giving back to communities and sponsored several medical missions in rural Quezon Province in the Philippines.

He was preceded in death by his brother, the late Nelson Angulo and his sister-in-law, Enriquieta Angulo. Dr. Angulo is survived by his wife, Editha; his daughter, Elizabeth, son-in-law, Brian Reid, and his grandchildren, Marcial and Winter; his son, Eric; his son, Elvin, daughter-in-law, Cindy, and his grandchildren, Vera and Kaian; and his daughter, Eileen.

Dr. Angulo’s family wishes to share their gratitude to his doctor, Dr. Rene de la Cruz, the staff at East Ohio Regional Hospital, his nurses from Amedisys and Stonerise Home Health, the staff at Health South in Morgantown, and his many friends and patients whom he loved so dearly.

In place of flowers, the family is asking that memorial contributions be made to the Catholic Charities of Wheeling. https://catholiccharitieswv.org/neighborhood-center…/

What a wonderful person, I worked with Dr. Angulo at Reynolds, with Dr. Anwar for several years. He had a laugh that was just infectious and could brighten any day. My deepest sympathy to all of the family, Heaven just got another special angel.

Heaven has gained another Angel. Rest in peace Dr. Angulo. Love and sympathy to your wonderful family.

I remember working with him when he was a critical care resident in the ICU at the old WVUH along with Tony Domoal and Frank Shiebel. Always a pleasure working with him. Condolences to all of the family. Elizabeth Hupp

With deepest sympathy to all the family and the friends of Dr. Angulo, a very special person.