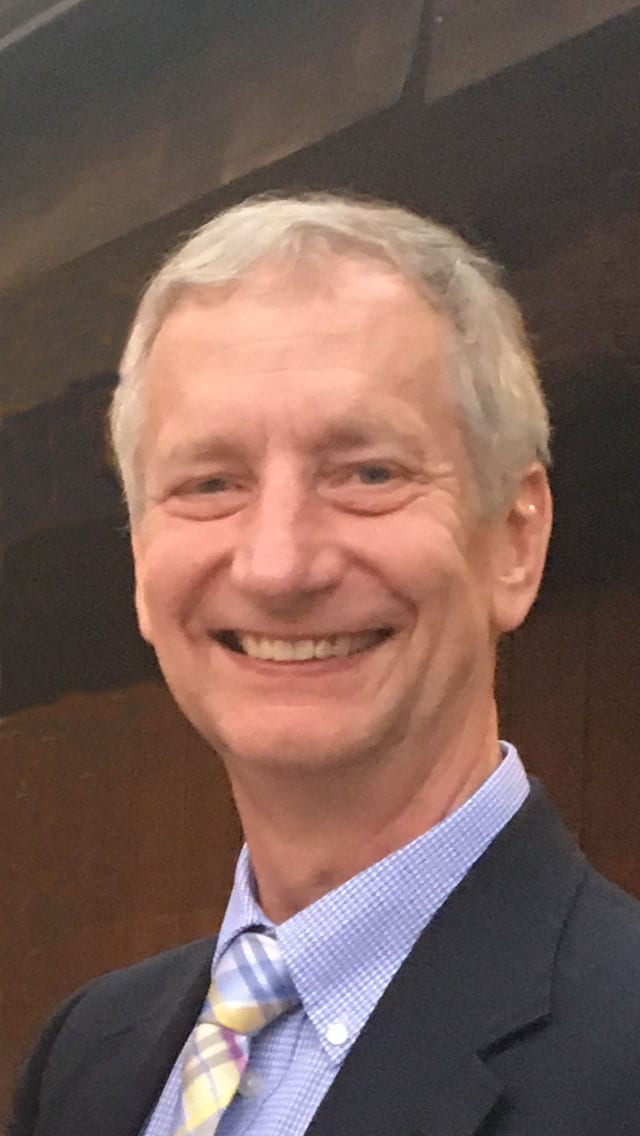 Dr. Thomas Michael Przybysz, 66, of Wheeling, West Virginia died peacefully in Wheeling Hospital on July 19, 2018 with his wife at his side. He was the loving and devoted husband of Kathryn Ann (Blake) Przybysz.

Tom was born on December 26,1951 to Alma Marie (Petrak) Przybysz and the late William Stephan Przybysz. He grew up in Weirton, West Virginia, along with his 3 brothers, Bill, John, and Frank and his 3 sisters, Carole, Cathie, and Mary.

Tom graduated from Weirton Madonna High School in 1969 and then entered the United States Army, serving from 1969 until 1972. He studied chemistry as an undergraduate student at West Virginia University, where he met and married Kathy in August of 1974. Tom earned his Doctorate of Medicine from WVU in 1979, then moved to Pittsburgh and completed his residency in Internal Medicine at Mercy Hospital and his fellowship in Medical Oncology at Allegheny General Hospital. He moved to Wheeling in 1984 with his wife and children and opened his practice in medical oncology.

As an oncologist in private practice, Tom served the Wheeling community for over 30 years caring for people with both curable and incurable cancers and many other health needs. He saved many lives and stood by his patients and their families throughout their entire journey. During those 30 years, he was also very involved with Valley Hospice and for a time, served as their medical director. Tom’s professional affiliations included membership in the American Society of Clinical Oncology and the American Society of Hematology. In his semi-retirement, he worked at Valley Hospice and Liza’s Place. He believed that serving people facing difficult diagnoses and those who were, at times, at the end of their lives, was his calling, his art, and his vocation from God.

Tom was an active member of St. Michael Parish from 1984 until his death. He attended daily mass, and over the past few years, invited and sponsored new members into the Catholic Church. He shared his faith, his experience, and his humor with those in the RCIA program, on topics including marriage, prayer, and medical ethics. For the past 30 years, he has met weekly with close friends to pray the rosary and grow in fellowship and faith. He was a co-founder of West Virginians for Life, and actively supported the National Right to Life. He was also a member of the Knights of Columbus.

Tom’s passions were many. For years, he cheered on the West Virginia Mountaineers at football and basketball games. His tailgating skills were legendary. Tom proudly wore his West Virginia apparel from the Rocky Mountains to London to Dublin to Rome. His adventurous spirit inspired many family experiences. Downhill skiing on beautiful mountain slopes with his children and grandchildren was first among his thrills. This year when flying down the mountains, Tom commented to his family “Well, I keep improving every year!” He loved scuba diving in Bonaire, white water rafting on the New River Gorge and Colorado River, and many other thrill seeking escapades across the world. With various family members, Tom has backpacked sections of the Appalachian Trail. Above all, his greatest love and joy was his wife, his children, and his grandchildren and his time spent with them. He and Kathy loved traveling to the Stratford Shakespeare Festival every year with their children and grandchildren. In June, Tom took a second trip to the Grand Canyon with family members for a week of camping and rafting 188 miles of the Colorado river. Tom lived abundantly, joyfully, and with much generosity and kindness toward everyone.

He was a lifelong learner, always eager to learn more about different cultures, religions, cooking, wine, writers, music, history, and many other subjects. He engaged in various hobbies, such as growing roses, woodworking, cooking, photography, and playing games with his grandchildren. Tom listened to The Great Courses and read countless books on economics, history, science, and the Catholic faith.

Friends will be received on Sunday, July 22, 2018 from 1pm- 4pm and 6pm- 8pm at Altmeyer Funeral Home on Kruger Street in Elm Grove, where the rosary will be prayed at 7pm. Mass of Christian Burial will be at 11am Monday, July 23, 2018 at St. Michael Parish. Internment will be at Mount Calvary Cemetery. Memorial contributions may be made to St. Michael’s Parish School where there will be a scholarship fund set up in his name. Contributions may also be made to Wheeling Central Catholic High School, Faith in Action Caregivers, or Valley Hospice.

So very sorry to read about the passing of Dr. Przybysz, he took care of my Mother several years ago when she had cancer. Prayers for the family.

I don’t know if you will receive this post as it is being composed about a month after the death of your wonderful husband, father, and family member. Dr. Przybysz was my oncologist twice in my life, most recently 2013-2014. I was truly amazed at this man’s heart, knowledge, and faith. If time would have permitted, I would have lingered in his office just to “chat.” When I finally got word that he had passed, I looked up his obit, read it and cried. I cried not for him, as I am certain that Heaven has already received him, but for you and the world that such a Christian man was no longer with us. Having only been his patient, I cannot imagine your loss (the family). I have been praying for all of you, and just wanted you to read another declamation of praise for him. Not many men exist with such an exemplary heart and soul. God bless him and all of you.

My deepest sympathy and prayers go to you and your family for your loss. May the memories you hold dear bring you comfort at this most difficult time (Numbers chapter 6 verse 26; 2 Corinthians chapter 1 verse 3).
Please also visit jw.org for more comfort in the difficult days to come.

Kathy and family: I am so very sorry about your loss. I don’t know what to say here other than I am thinking about and praying for you.

I want to send my deepest sympathy,and prayers of comfort to the family. Dr. Przybysz was never too busy to spend time with his patients’, their families, or any one who worked with him, or met him. He projected peaceful feelings of respectfulness, and friendliness. It was a blessing to have known and worked with him. He always reminded me of a younger version of my own Father. He may have been a man of average height, but the aura he projected brought an atmosphere of calmness and warmth. In my eyes, he was an excellent example of a Physician who cared about his patients’, his co-workers, his fellow man, his wife, family, and lived his life to serve His Heavenly Father.

Our condolences to Kathy and the entire Przybysz family. Tom was a special, caring, loving person. We thoroughly enjoyed watching the video and tribute to his life. He would have approved. May God’s grace and peace gather all of you close to Him at this time. We love you all!!

Please accept my heartfelt condolences for the death of your husband. May all of you find consolation in your memories.
You are in my thoughts and in my prayers.
With all my sympathy,

Dr. Przybysz was a very special Doctor. He made me feel that I could beat my breast cancer at such a young age and that he would be with me all the way. Often he would tease me about being one of his best dressed patients coming in for chemo because I came right from work in my dress and heels. He also treated my grandmother too for breast cancer. I’m sending loving thoughts and prayers to your family as you send Tom home to our loving Father in heaven. His life has touched so many and I’m proud to say he was not only my doctor, but my friend.