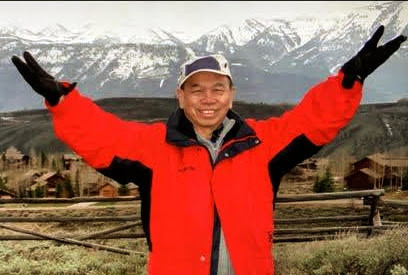 Born October 11, 1936 in Cebu, Philippines to his parents Tiu Lian Hong and Ang Tong Kiok, Wilfredo grew up working in his family’s bakery. After completing medical school at the University of Santo Tomas, Wilfredo came to the United States in 1962, where he underwent residency training in surgery of the ear, nose, and throat at Mercy Hospital in Pittsburgh. It was there that he met Martha, his loving wife of 57 years. In 1967, Dr. Donald Hofreuter recruited him to come work at the Wheeling Clinic. That was the start of a five decade long career, in which he was known not only for his skill as a surgeon of the head and neck, but also his compassion and love for every one of his patients. His patients became people he prayed for every day. His two sons, Drs. Chris and Jeremy Tiu, as well as his grandchildren Madelyn and Ben, are carrying on his medical legacy.

His love for God was infectious. He attended daily mass and loved going to his monthly Filipino Rosary group. Papa was a big believer in prayer, reciting the rosary and offering prayers of thanks multiple times throughout the day. He is proud that he was able to provide his children a Catholic education. And anytime his grandchildren came to visit, they would not be allowed to leave without him giving them a blessing. His number one hope for his grandchildren is that they “Love God with all your heart and with all your soul, and to love your neighbor as yourself”.

Papa’s love for America and freedom was born out of his childhood in post-WWII Phillipines. As a child, the American G.I.s who rescued his home, the nuns from a Catholic American mission, and depictions of America he saw in old Westerns inspired the hope of one day, living the American Dream himself.

Willie had many talents. He was a talented pianist, a lasting gift passed down to him from his parents. He liked to read, tend to his garden, and cheer on his grandchildren.

However, his greatest source of pride and gratitude was his family, which consists of five children and thirteen grandchildren.

The family would also like to extend special thanks to his dear friend John “Raz” Waldrom, as well as, Christine Bodkin, Robin Giesey, and Toni Swoyer for the support they have provided the family.

In lieu of fancy flowers, Willie would have rather a contribution be made to: Wheeling Central Catholic High School, St. Michael Parish School or Our Lady of Peace School.

His patients knew him as a compassionate and skilled doctor. His wife, Martha knew him as “Dad,” a devoted and loving husband. His children knew him as a great and hardworking father. But, his grandchildren just knew him as “Papa”. And if he was only able to be known by one title, it would be that one. He would consider that life to be “verrrry good” with two thumbs up.

Friends will be received Friday, December 9, 2022 from 2pm -4pm and 6pm until time of vigil service at 8pm, at Altmeyer Funeral Home Elm Grove Chapel, 154 Kruger St Wheeling, WV. Mass of Christian burial will take place Saturday, December 10, 2022 at 1pm, at St. Michael’s Catholic Church. Interment at the convenience of the family.

I would like to express my sympathy to you and your family. I had the pleasure of working with Dr. Tiu for a number of years and he was the kindness, dedicated, thoughtful and compassionate person that I knew. He will be sadly missed, your in our thoughts and prayers.

Martha, I would like to express my sincerest sympathy to you and your whole family at this most difficult time.. Willie will be missed by everybody. He was not only a good physician, but he was also an excellent surgeon. More importantly, though he was an even better friend. We worked together from the mid seventies and into the eighties at OVMC, spending countless hours in the O.R. I am praying for you and your whole family as you deal with this immense loss. On behalf of my whole family, please accept our most sincere condolences.

I had the privilege of working with Dr.Tiu both at OV and The Wheeling Clinic. He was such a wonderful physician and well respected. Sending my thoughts and prayers to the Tiu family- he was one of a kind !

As a nurse and former patient, I can say that Dr. Tiu exemplified the Great Physician in his gentle, caring manner. The obituary’s reference to “very good” were words that we heard also as patients and nurses. It was a reminder of his appreciation and humble spirit. Prayers to all his family and may God bless the work of his children and grandchildren in the world of medicine.

Martha; Barbara and I were so sorry to read of Willy’s death.He was dedicated to his God, loyal and loving to his family and an excellent and caring physician. His kind are much too rare today. He will be sorely missed. Landers and Barbara Bonenberger

Because of their family’s house fire two days ago the Veon’s will be unable to give condolences in person. But they are thinking of all of you

My condolences, he was a kind gentle man.I enjoyed caring for him as Dr Nobles nurse. I know you have peace knowing he’s with Jesus now.

Martha and family, I am so sorry to hear of Willie’s passing. You are in my thoughts and prayers. May you find solace knowing that he lived everyday to the fullest loving his family and God. With Love, Gerri Hassett

So sorry to hear of Dr. Tiu’s passing.
He and Martha were longtime loving and faithful friends of my Mom. She treasured their friendship and faith in God. Blessings and peace to the family. He was a wonderful man.