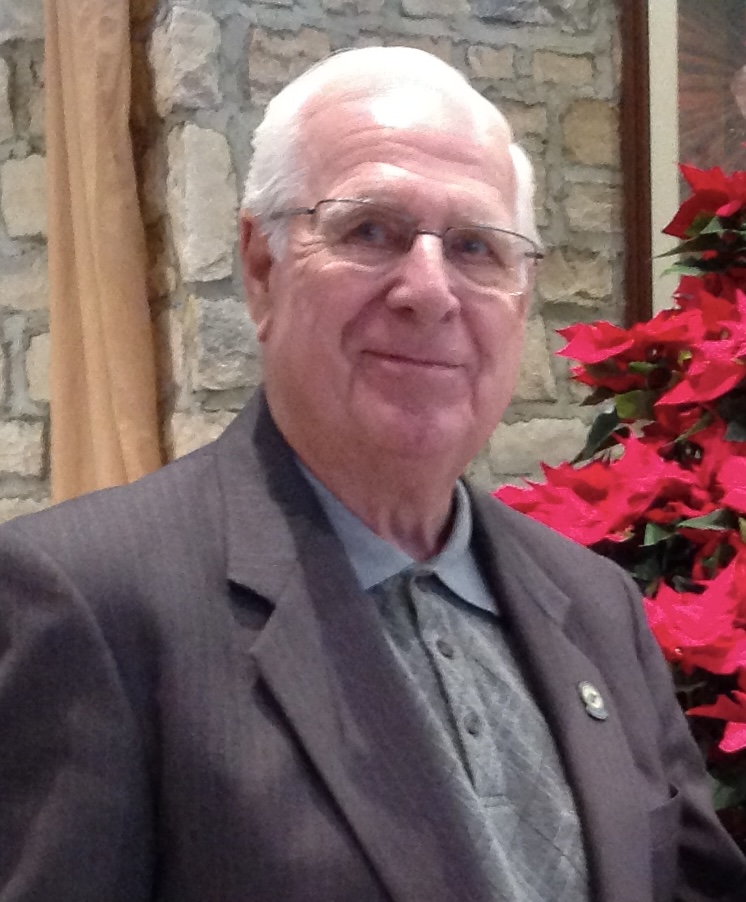 Memorial Donations to Our Lady of Peace Parish School in memory of Edward "Bud" Mahlke.

He was born on December 4,1926, in Wheeling, WV, the son of the late Edward John, Sr. and Marie Hostutler Mahlke.
He was also preceded in death by his loving wife of 69 years, Helen Heffner Mahlke in 2018. They resided in
McMechen, Wv, most of their married life, where they raised their three daughters, and where Bud was
fondly known for his meticulous well-manicured lawn on the corner of 6th and Grant Streets and a favored vegetable garden down on the banks of the Ohio River.

Bud was a 1944 graduate of Wheeling High School. Following graduation, Bud proudly served his country
during WWII as a Corporal in the 11th Airborne Division of the U.S. Army and as a Paratrooper. He also
served during the Korean War Conflict as an Electrician Mate in the U.S. Navy and later in the U.S. Navy
Reserves. Both tours of duty ended with honorable discharges. After being discharged from the
military, he began a proud and successful career as a millwright at the Wheeling Stamping Company for
47 years; a “Mr. Fix-It” to his family; and a member of the following organizations: Nelson Lodge No. 3,
which later merged with Ohio Lodge No. 1 A.F. & A.M; Scottish Rite 32nd Degree; the Cave Club; the
Warwood Veterans’ Club; MEMMA; and the I.A.M. & A.W. Lodge 818.

Bud was a faith-filled man and a life long member of St. James Lutheran Church in Wheeling; however, his daughters were raised as
Catholics and he and his late wife prayed the Rosary together daily.

Bud was very dedicated to his family and loved each one of them dearly. As a result, he attended many of his grandkids’ and great
grandkids’ school and sporting events and became an avid fan of the OLP Panthers and CCHS Maroon
Knights. In addition, he was also an avid fan of the WVU Mountaineers and the Pittsburgh Pirates.

During his retirement years he and his brothers and brother-in-law took up golfing and became a golfing
foursome for many years where they all became best buddies all over again. Bud was a friendly guy who
always enjoyed a beer and a shot of Scotch with many of his friends and relatives.

He was also very proud of the many titles he lovingly earned throughout his life, that of Son, Brother, Husband, Dad, Pap,
Pappy, and Uncle, and he never let anyone down who referred to him by one of these names.
The family would like to extend their gratitude to Don Kirsch and his entire staff at GSNH along with Dr.
William Mercer, the attending physician. Also, special thanks to Josh and his nursing staff and to all of
the “angelic” aides on 2 North who provided such personal, heart-warming care.

Family and friends will be received Sunday, August 28, 2022 from 4:00pm to 6:00pm at Altmeyer Funeral Homes, 1400
Eoff Street, Wheeling, or to the liturgical service which will be held at St. James Lutheran Church, 1409
Chapline Street, Wheeling, on Monday, August 29, 2022 at 10:00am with the Reverend Pastor Deborah Gable
presiding.

In lieu of flowers, memorial contributions may be made to Our Lady of Peace School,
690 Mt. Olivet Road, Wheeling, WV 26003 or by visiting www.TMCFunding.com.

So sorry for your loss Marilyn, Maureen and the rest of the family. I never saw Pap without a smile on his face! He sure did love his family & friends. I’ll miss seeing him at WVU games & at the cabin, but his legacy will live on through all who loved him.

Dear Marlene, Jane and Familys. Please accept my sincere Condolencees on the death of your Father and loved one.

So sorry for your loss. Prayers for the entire family, May he rest in eternal peace

I want to offer my condolences on the passing of Bud. Brother Mahlke was a good friend and Mason. I appreciated his guidance in Lodge and I will miss him.

My condolences. I worked with Bud and was under his tutelage for a while at Wheeling Stamping. Truly a great guy whom I admired and liked. Again, my condolences.

Prayers for all who loved him 🙏

May your memories of Edward John Mahlke Jr., give you peace, comfort and strength…

My deepest sympathy for all of the family. Bud was truly a kind and good person. Many happy memories at Wheeling Stamping and our monthly gatherings. He will be missed.

Jane and family we are so sorry to hear of your dads passing, Dave and Kera Smith

My sincere condolences to the entire family, especially Marilyn’s family. My brother, Lee Hendershot, worked with him at Wheeling Stamping. Many prayers are being lifted up for Mr. Mahlke.