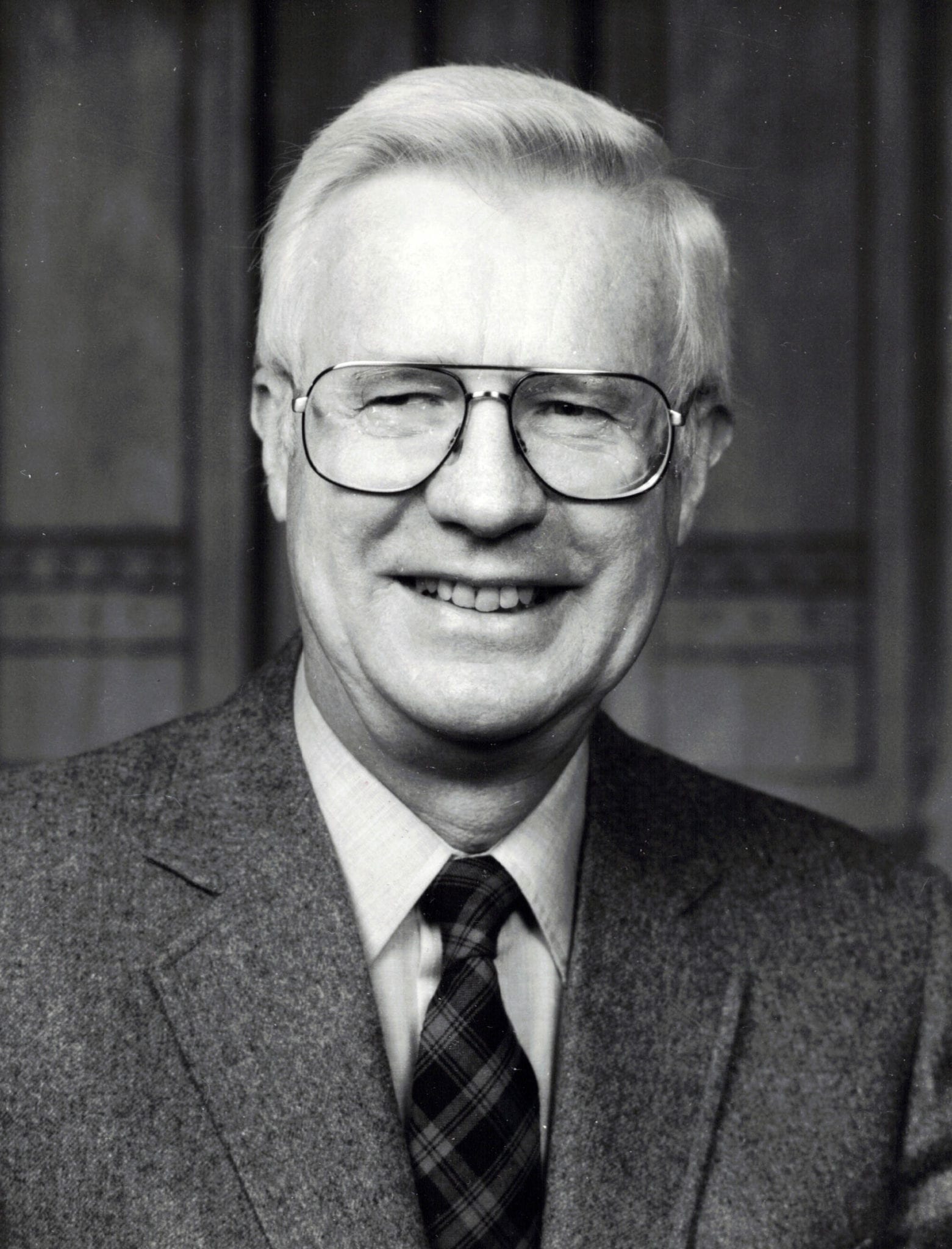 Voss was a general surgeon in private practice with The Wheeling Clinic from 1962 until his retirement in 1997. He arrived in the Ohio Valley after a surgical practice at La Crosse Clinic in La Crosse, WI and a surgical residency and instructor role at University of Iowa Hospitals. His internship was with Detroit Receiving Hospital where he met Ruth. He proudly served as Captain, U.S. Army Medical Corps during the Korean War. Voss completed his medical degree at the University of Buffalo.

He was dedicated to serving the medical needs of the Ohio Valley through his practice and leadership and had licensure in West Virginia, Ohio and Pennsylvania, and though not local, Hawaii was also on that list. The Wheeling Clinic and Ohio Valley Medical Center (OVMC) were his second homes. He was past Chairman and Member of the Executive Committee, and Member of the Board of Directors for The Wheeling Clinic. His association with OVMC was career-long as Active Staff, Department of Surgery, member of the Board of Trustees, which later became the Ohio Valley Health Services and Education Corporation, the parent company of OVMC, East Ohio Regional Hospital, and Peterson Rehabilitation Hospital. He was past President of the Medical/Dental Staff. A respected mentor, he taught residents at OVMC as Clinical Professor of Surgery, WVU School of Medicine.

Leadership continued locally as past President and member of the Ohio County Medical Society; past member Board of Trustees for Blue Shield of Northern WV, Inc., Health Plan of Upper Ohio Valley, Inc., Preferred Health Plan, Inc., and Oglebay Institute.

He was passionate about gardening and spent long hours in his backyard oasis in retirement. He was a voracious reader with an office full of historical texts and biographies of presidents, world leaders and military commanders. In earlier years, he loved to travel across the country with his young family to important sites like Washington, Gettysburg and Williamsburg, as well as out west to Hoover Dam and the Grand Canyon. In later years, he and Ruth traveled abroad to Europe and Asia to visit their adult children. A savvy investor who closely followed the stock market, brokers would consult him for tips rather than the reverse. He also made his fun money by cleaning up on Pittsburgh Steeler bets. His quick intellect, charming style and dry sense of humor kept many patients and staff entertained, and on their guard, as he went about his day.

To the Voss family. I am David Thornton, a son of Jim and Marcia Thornton who attended St Paul’s Episcopal Church. After my mom passed away in 1965, Dr. Voss invited my dad, brother and me to dinner around Christmas. It was such a nice time. I remember watching Mr. Magoo’s Scrooge at Dr. Voss’s home with the family. A memory that I will never forget. We are now watching with our grandchildren. It was so great that Dr. Voss and family treated us so well.
My condolences on his passing.
David Thornton, Columbus , Ohio.

Oh how I find myself randomly throughout the day thinking of doc and Ruth. They were some of the most patient (sometimes doc lol I kid it was for pure enjoyment! Still leaves me smiling) caring, respectful, natural teaching, wisdom sharing, and goofy natured people. They truly left a foot print or 10+ on my heart. I cherish the time I was privileged to have with both of them. Doc made me work and strive for more, Ruth stern with her teachings and quick to correct. That’s something that can never be taken. This family has changed my life in more ways than anyone will understand. I appreciate every one of them! I would always have their backs, and think highly, respect, and appreciate my time with them. Out of many families I’ve bonded with. I can say this one is the only one where everyone made you feel, and treated you like family as well. Thank you all for valuing my time! Just find myself this morning thinking about the memories and laughters. Love you all Lois

Dear Mrs. Voss, Brad, Wayne, Ellen, Karen: I am very sorry to read this and send you all my deepest (and belated, my apologies) condolences. What a full, long life Dr. Voss led and what a wonderful legacy he has left in all of you and your children and grandchildren. Sending you all much love. – Annie

Dear Karen and family,
My deepest condolences to you and your family.

The entire family of Dr. Daniel Dickinson would like to extend their sympathies to your family. Dr. Voss was a part of many great physicians whom Wheeling will forever miss. You have our thoughts.

My sincere sympathy to the entire Voss family.
I worked with him at OVMC as a nurse for many years. He was a wonderful surgeon always treating patients and staff with utmost respect. I will remember him fondly and with deep respect as a doctor and man. He will be missed.

To the family of Dr Voss – Every day I look at the little finger on my right hand and think of Dr Voss. He saved my finger when two surgeons had given up on it. He was so kind and down to earth to a scared 15 yr old (now approaching 70) who went on to play a lot of baseball and keyboard instruments. Maybe gone for now, but never forgotten. – John Wheeler and Family

A nicer brother-in-law you could not find.. I have memories of many visits to the Voss home in Wheeling.. some of our children’s fondest memories of spending time with their cousins..Uncle Ed you will be missed by Chuck and I and our 3 girls..

Dr. Voss served as member and then chair of the Library Committee at OVMC when I was the assistant and then the librarian. He was wonderful to work with. He was instrumental in bringing the library into the age of personal computers when we bought a Dell computer for physicians’ use in literature searching. The day would be brighter when Dr. Voss walked through the library door, always with a smile. Although I live far from Wheeling now, I am sorry for his loss and extend my sincere sympathy.

We were all saddened to learn of Dr. Voss’ passing. He was a terrific fellow and became a good friend in recent years.