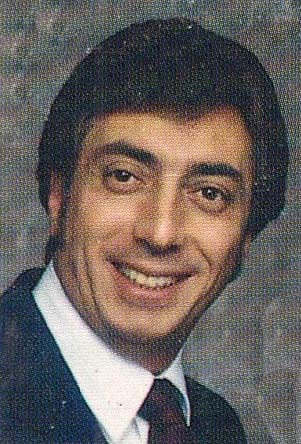 Edward Joseph Dellget, Sr., 81, of Glen Dale, WV, passed away on Wednesday, June 14, 2017, at OVMC, Wheeling.
He was born February 20, 1936 in Benwood, WV, a son of the late James and Emma Dellget.
Edward was owner-operator of Dellget Insurance, was a member of St. Jude Catholic Church and was an Army veteran
In addition to his parents, Edward was preceded in death by a sister; Mary Lee Berardi and a brother; Donald Dellget.
Edward is survived by his loving wife, Georgina Forgacs Dellget, and their three children; Laura Ann (Joseph) Schmidt, of St. Clairsville, OH, Julie Ann (Joseph) Gurney, of Palmyra, PA, Edward Joseph (Alyson) Dellget, Jr., of Wheeling, a sister; Rita (Rex)Strawn, of Wheeling, a brother; James Dellget, of Wheeling, along with 5 grandchildren; Andy and Christopher Schmidt, Gillian and Michael Gurney and Tristen Gilson.
Visitation will be held at the convenience of the family. Friends are invited to attend Mass of Christian Burial on Monday, June 19, 2017 at 11:00am at St. Jude Catholic Church, Glen Dale with Rev. Raju Antony as celebrant.
Burial will follow in Mt. Calvary Cemetery, Wheeling.
Memorial contributions may be made to St. Jude Catholic Church, or online at TMCFunding.com (Click Here).
Arrangements by the Altmeyer Funeral Home, 1400 Eoff St., Wheeling, WV 26003.
Online condolences may be extended to the family at www.altmeyerfuneralhomes.com

I am so sorry to hear of Ed’s passing. I will miss my West Virginia cousin as he called himself calling me and singing Take Me Home to me at Motorists. He was a nice man. I am sorry I never got to meet him in person.

My sincere condolences to the family for your loss. May the promises in God’s word provide you with comfort and strength during this most difficult time. John 5:28-29

My heartfelt condolences go out to the Dellget family in this sorrowful time. Prayers and
Iove to the family of Ed Dellget, Sr.

Words can not convey the sorrow that we feel for all if you. Even though you can’t imagine it now. Someday when you don’t feel so raw memories will comfort you. All if our love. Chuck and Carla

dear Georgina and family, Ed and I were so sorry to hear about Uncle Ed’s passing. He is in our prayers as is the family. May God’s comfort and peace envelope you all. ed, brenda and family

I am so sorry to hear about Ed’s passing. Met Ed when I worked at Associates Finance & he was the manager of Ohio Valley Finance and Elm Grove Finance. Many years later I got the pleasure of visiting with him at continuing insurance education seminars. He was a fine man.

My prayers are with the family. He was such a nice man.-Erica Wellman RN Dr Das

My thoughts and prayers are with you and your family at this time of sorrow. He will be missed!

I am so sorry to hear about your loss, Ed was a great person with a big heart. I was so blessed to have got to know him and work for him at Ohio Valley Finance. Prayers go out to his family.

Laura, I’m so sorry to hear of your Dad’s passing. I’m lifting you and your family in prayer, especially during this difficult time. Peter