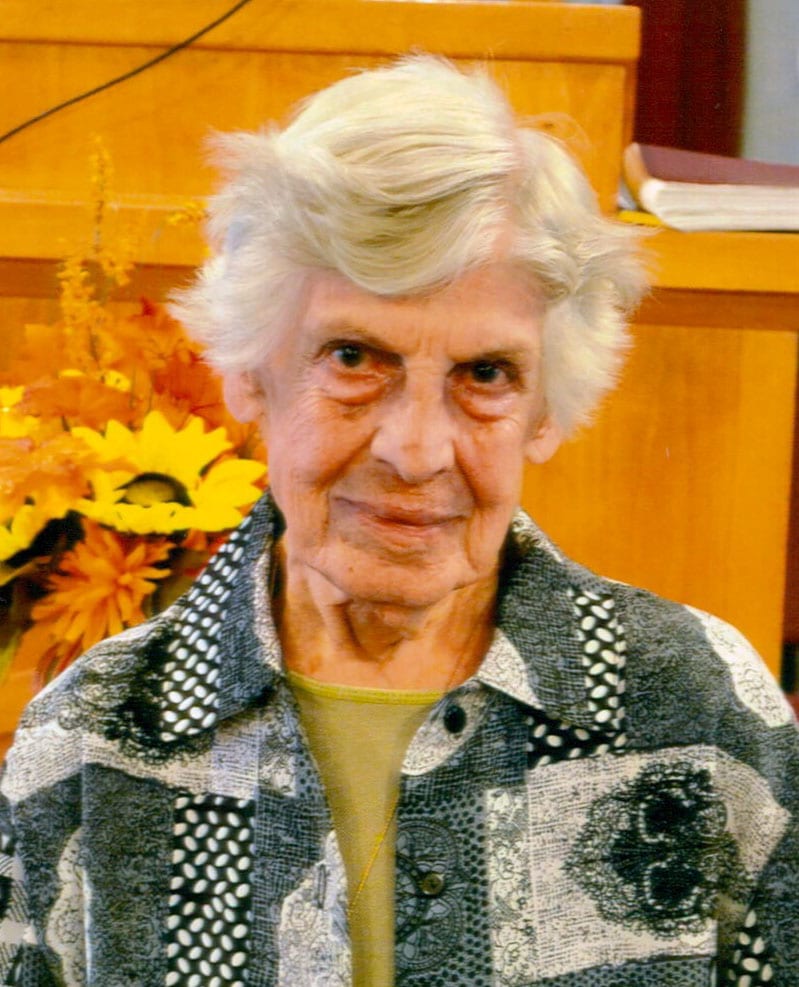 Eleanor was born March 18, 1923 in Wheeling, a daughter of the late Gasper and Bertha (Lacava) Dusci. She was a member of the Metropolitan Baptist Church, Wheeling.

In addition to her parents, she was preceded in death by her husband, Michael Pappas; three brothers, Joe, Robert and Charles Dusci; and two sisters, Matilda Hoskins and Mildred Zelkowski.

Friends will be received on Wednesday, June 1, 2016, at the Altmeyer Funeral Home, 1400 Eoff Street, Wheeling, from 10 am until time of funeral services at 11 am, with Pastor Jeff Benedict officiating. Interment will follow in Mount Calvary Cemetery, Wheeling.

In lieu of flowers, memorial contributions may be made to the Metropolitan Baptist Church, 3401 Chapline Street, Wheeling, WV 26003, or online at www.treasuredmemoriesfunding.com. Online condolences may be offered to the family at www.altmeyerfuneralhomes.com.

A truly lovely lady. Your spirit of gracious encouragement is already greatly missed by me, dear Eleanor.

Eleanor was a wonderful woman in a very quiet way. She loved her son, Michael with a great love. She was always thinking about others and prayed for many of us. She will be missed by many who loved her.