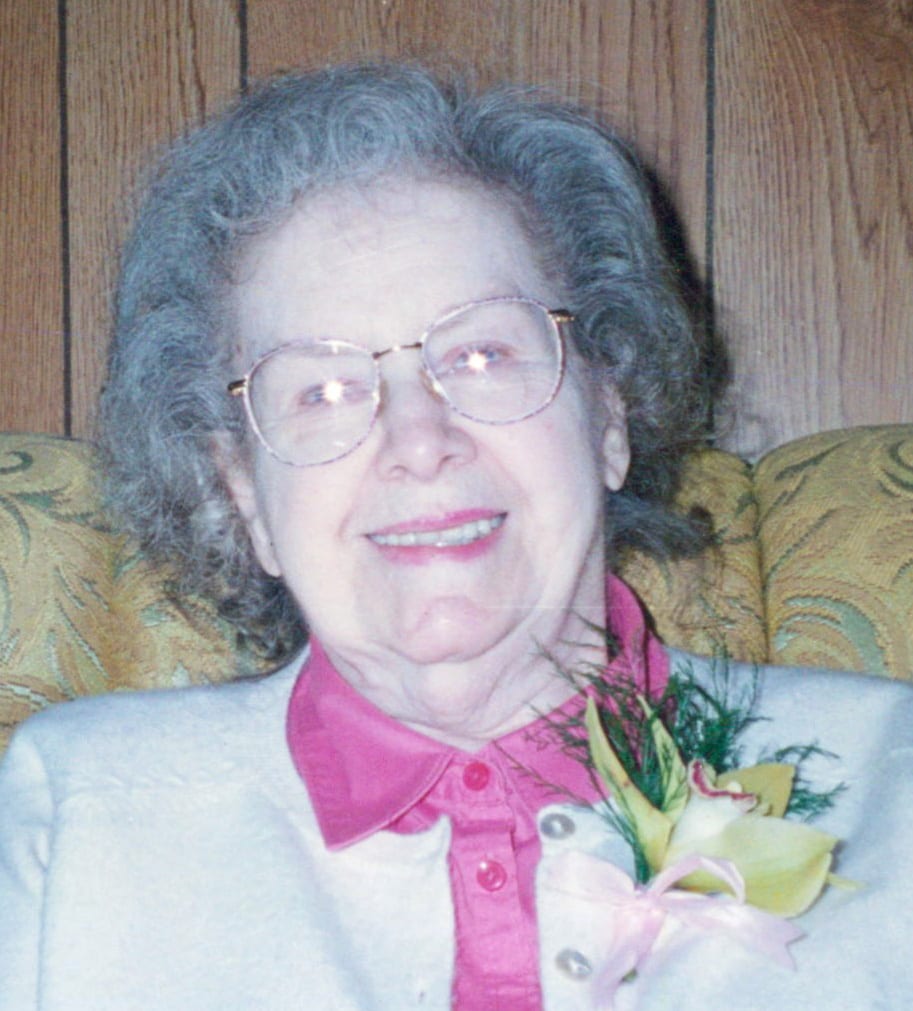 She was born in Wheeling, December 1, 1921, a daughter of the late Louis and Emma J. (Zimmer) Heise. Emma was a graduate of the former Wheeling High School, class of 1940, and also attended Wheeling Elliott Business School. She was a Lutheran by faith and an active member, for many years, of Resurrection Lutheran Church, Weirton, W. Va. In her early years, she was employed in the offices of Continental Foundry and Machine Co. in Wheeling.

In addition to her parents, Emma is preceded in death by her beloved husband, Roy E. Baker (2006); three brothers, Ronald, Russell and Carl Heise; and one sister, Carolyn Heise.

She is survived by her loving daughter, Sandra L. Baker, of Elm Grove, and several nieces and nephews.

Family and friends will be received Thursday, October 8, 2015, from 2-4 & 6-8 pm, at Altmeyer Funeral Home, Elm Grove Chapel, 154 Kruger St., where funeral services will be held, Thursday, October 9, at 10 am, with Rev. R. Paul Schaffer as celebrant. Interment will take place at Greenwood Cemetery.

My mother Madelyn, lived across the hall from your mother and sometimes they ate lunch together. Emma was such a cute little lady always smiling and making me laugh. We sat with her on Monday and laughed up a storm, she will be deeply missed by me and everyone at BJCC. my heartfelt sympathy to you and your family.