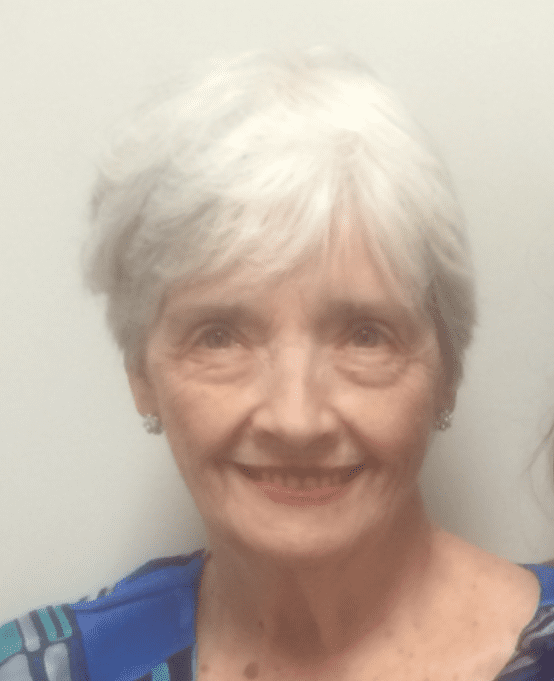 Evelyn Jane (Garrison) Thomas, 80, of Wheeling, W.Va., passed away February 26, 2016.
She was born December 25, 1935 in Wheeling, a daughter of the late S. Jane Goudy and Walter Charles Garrison, II. She was employed by the U.S. Government CIA and later at Norfolk Southern Railway, Washington, DC.
In addition to her parents, she was preceded in death by her husband, Kenneth Thomas; her loving step-father, Wilfred “Bud” Goudy; and two brothers, Walter Charles Garrison, III and John Herbert Garrison.
She is survived by her son, John Verdin of Alexandria, Va.; two sisters, Judith Goudy of Wheeling and Susan Oberholtzer of Tampa, Fla.; and a sister-in-law, Donna Garrison of Indiana. She was cherished by many nieces and nephews.
A memorial service in Evelyn’s memory will be held on April 2, 2016, at 11 am, at Our Lady of Seven Dolors Catholic Church, Triadelphia, W.Va. Arrangements are by Altmeyer Funeral Home, Wheeling. Online condolences may be offered to the family at www.altmeyer.com

I am so sorry for your loss. I remember Evelyn when I was a teenager and young adult. She was very kind and generous to me with her time and wisdom. Her presence will be missed.

I am so sorry for your loss. Revelation 21:3, 4 reads: “God himself will be with them. And he will wipe out every tear from their eyes, and death will be no more, neither will mourning nor outcry nor pain be anymore. The former things have passed away.”